Jim Dale Net Worth: Jim Dale is an English actor, voice artist, singer and songwriter who has a net worth of $10 million. Born James Smith on August 15, 1935, in Rothwell, Northamptonshire, England, UK, he left a strong impression with his work in Britain and on Broadway. However, Jim Dale excels in every aspect of the world of entertainment.

This talented artist has been in TV since 1957 and the movies since 1961. American audiences first got acquainted with rubber-faced Dale through his performances in the 1968 popular British Carry On film series. 1966 saw Dale making a breakthrough on the music scene as his lyrics for the title tune in Georgy Girl scored a top-ten hit on American rock n' roll radio stations. Throughout the 1970's, he went on to earn the likes of children with his extensive work in the Disney films Pete's Dragon (1977), Hot Lead and Cold Feet (1978) and Unidentified Flying Oddball (1979). Meanwhile, Dale also became a member of Laurence Olivier's National Theater Company. As for his acting presence, it could be also felt on the Broadway musical stage in Scapino and Barnum. There's been a precious little that British entertainer Jim Dale doesn't do well. In his 6-decade-long career, he has fetched numerous nominations and accolades, including one Tony for Best Actor in the musical for Barnum and two Grammy Awards for narrating the Harry Potter audiobook series. 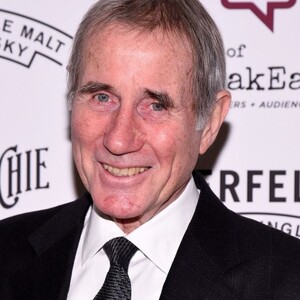