How much is Jim Cummings Worth?

Jim Cummings net worth and salary: Jim Cummings is an American voice actor and singer who has a net worth of $10 million. He managed a video store in the early 1980s before dedicating himself full-time to voice acting. During his career to date, Jim Cummings has appeared in nearly 400 roles. As a voice actor he is probably most famous for being the voice of "Winnie the Pooh" and "Tigger". He has been the primary voice of Winnie since 1988. He has also voiced "Darkwing Duck", "Dr. Robotnik" from Sonic the Hedgehog and the "Tasmanian Devil." He has performed in numerous animated Disney and DreamWorks movies including Aladdin, The Lion King, Antz, The Road to El Dorado, Shrek, and The Princess and the Frog. He has also provided voice-over work for several video games. Cummings was born James Jonah Cummings on November 3, 1952 in Youngstown, Ohio. As a young man, he left Ohio and moved to New Orleans where he designed and painted Mardi Gras floats, worked as a Louisiana riverboat deckhand, and sang and played drums with a band called FUSION. He later married his wife, Stephanie, and moved to Anaheim, California, where he managed a video store in the early 1980s, before launching his voice-acting career in late 1984. His first role was playing "Lionel" from the program, Dumbo's Circus. While working at Walt Disney Studios, he voiced several lead characters including Disney's Adventures of the Gummi Bears, DuckTales, Chip 'n Dale Rescue Rangers, Darkwing Duck, Goof Troop, Bonkers, Aladdin, Gargoyles, Timon & Pumbaa, The Legend of Tarzan, House of Mouse, and animated films such as Hercules, The Hunchback of Notre Dame and Pocahontas. Jim Cummings was married to Stephanie Cummings from 2001 to 2011. He and Stephanie have two children together. Jim has two older children from a previous marriage. In May 2019 Stephanie accused Jim of animal abuse and rape. Jim rejected her claims, saying she exaggerated the events as part of a contentious ongoing custody/divorce battle. 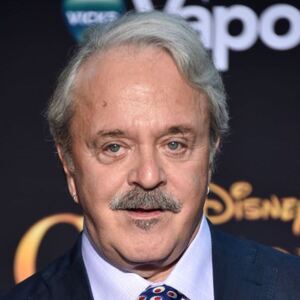