Jim Carter Net Worth: Jim Carter is an English actor who has a net worth of $4 million. Jim Carter was born in Harrogate, West Riding of Yorkshire, England in August 1948. Carter has over 140 acting credits to his name. He has starred in films including Top Secret!, A Month in the Country, A Dangerous Man: Lawrence After Arabia, The Madness of King George, Richard III, Brassed Off, Shakespeare in Love, The Little Vampire, Ella Enchanted, The Thief Lord, and the Golden Compass.

He has starred in the television series Lipstick on Your Collar, Cracker, The Way We live Now, The Singing Detective, Arabian Nights, The Chest, Red Riding, A Very British Coup, Midsomer Murders, Cranford, and Dinotopia. Since 2010 he has starred as Mr. Carson on Downton Abbey. Carter won a Screen Actors Guild Award for Outstanding Performance by a Cast for Shakespeare in Love in 1999 and another for Outstanding Performance by an Ensemble in a Drama Series for Downton Abbey in 2013. He has also been nominated for Primetime Emmy Awards in 2012, 2013, and 2013 for Outstanding Supporting Actor in a Drama Series for Downton Abbey. 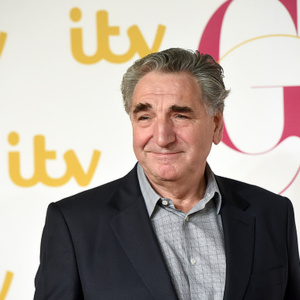