Jim Backus net worth: Jim Backus was an American actor who had a net worth equal to $5 million at the time of his death in 1989, after adjusting for inflation. Jim Backus was born in Cleveland, Ohio in February 1913 and passed away in July 1989. He acted on radio as well as in film and television and was also a voice actor.

Backus had 250 acting credits to his name. Some of his better known roles included starring as Thurston Howell III on the television series Gilligan's Island from 1964 to 1992, as Judge Bradley Stevens on the TV series I Married Joan from 1952 to 1955, and voicing the role of Mr. Magoo on various series. Jim Backus also starred in several films including Rebel Without a Cause. He hosted his own series called The Jim Backus Show and played the role of Hubert Updike III on the radio show The Alan Young Show. In 1960 he was awarded a star on the Hollywood Walk of Fame at 1735 Vine Street. Jim was married to Henny Backus from 1943 until his passing. Jim Backus passed away on July 3, 1989 at 76 years old. 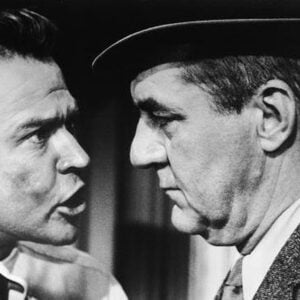