Jill St. John net worth: Jill St. John is an American actress who has a net worth of $20 million dollars. That is a combined net worth with her husband since 1990, fellow actor Robert Wagner. She is most widely recognized for her Golden Globe nominated performance in "Come Blow Your Horn", and as Bond Girl, Tiffany Case, in "Diamonds Are Forever".

Jill St. John, also known as Jill Arlyn Oppenheim, was born in Los Angeles, California on August 19, 1940. She began dancing when she was a child and performed with the Children's Ballet Company in Los Angeles. From there, she went on to graduate from the Hollywood Professional School and then enrolled at UCLA. She began her professional performance career when she was in elementary school, first on the radio, and then moving to made-for-tv movies and television shows, including, "The George Burns and Gracie Allen Show". She began appearing in films in the late 1950s, and went on to appear in such films as, "The Lost World", "The Roman Spring of Mrs. Stone", "Tony Rome", "Foreign Exchange", "The Concrete Jungle", and "The Player".

Real Estate: In 1983 Robert paid $220,000 for a 1+ acre property in LA's Brentwood neighborhood that was originally built in 1940 by famed architect Cliff May to be used as his personal family residence. At some point he purchased the property next door and created a 1.6-acre compound complete with large main house, guest house, tennis courts and horse stables. Wagner also reached out to Cliff May and hired him to complete a full renovation and expansion.

In August 2007 Wager and St. John sold the property for $14 million. The buyers were Rita Hogan – heiress to a Japanese video game empire and her husband Richard Edlund – an Oscar-winning cinematographer. For some reason, Richard and Rita never moved into the house, which sat empty for the next 12+ years. Unfortunately Rita died in 2019. The Wagner/St. John mansion was sold in January 2021 for $11 million.

After selling the Brentwood mansion, Robert and Jill packed up and moved full-time to Aspen, Colorado where they had owned a house since 1995. They also continue to own a condo in Los Angeles. 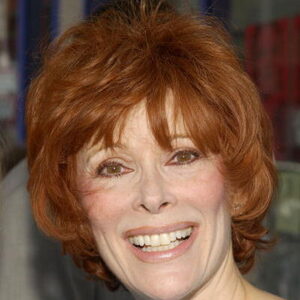