How much is Jill Ireland Worth?

Jill Ireland net worth: Jill Ireland was an English actress and singer who has a net worth of $10 million at the time of her death, after adjusting for inflation. Jill Ireland was born in London, England in April 1936 and passed away in May 1990. She was best known for collaborating with her second husband Charles Bronson. She was married to Bronson in 1968 and previously married to David McCallum from 1957 to 1967. Ireland had five children including Val McCallum. In 1966 she starred as Marian Starett on the television series Shane. She starred in several films including The Big Money, Three Men in a Boat, There's Always a Thursday, Robbery Under Arms, Carry On Nurse, The Desperate Man, The Karate Killers, The Valachi Papers, Breakout, From Noon til Three, Love and Bullets, Assassination, and more. She also appeared in episodes of TV series including Armchair Theatre, Kraft Mystery Theatre, Voyage to the Bottom of the Sea, The Man from U.N.C.L.E., My Favorite Martian, Twelve O'Clock High, Star Trek, and more. She received a star on the Hollywood Walk of Fame at 6751 Hollywood Blvd in 1989 and also authored two books. Jill Ireland passed away on May 18, 1990 of breast cancer at 54 years old. 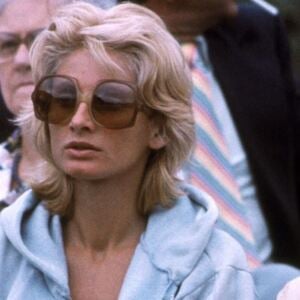