Jill Clayburgh net worth: Jill Clayburgh was an American actress who had a net worth of $4 million at the time of her death. Jill Clayburgh was born in New York City, New York in April 1944 and passed away in November 2010. She had more than 70 acting credits to her name and starred as Letitia "Tish" Darling on the television series Dirty Sexy Money from 2007 to 2009.

Clayburgh had recurring roles on the TV series Everything's Relative as Mickey Gorelick in 1999, Trinity as Eileen McCallister from 1998 to 1999, Ally McBeal as Jeannie McBeal from 1999 to 2001, Leap of Faith as Cricket Wardwell in 2002, The Practice as Victoria Stewart in 2004, and Nip/Tuck as Bobbi Broderick in 2004. Clayburgh appeared in several films including Hustling, An Unmarried Woman, La Luna, Starting Over, First Monday in October, Bridesmaids, and more. She was nominated for Academy Awards for Best Actress in a Leading Role in back to back years for An Unmarried Woman in 1979 and Starting Over in 1979. She was married to David Rabe and had two children including Lily Rabe. Jill Clayburgh passed away on November 5, 2010 at 66 years old from chronic lymphatic leukemia. 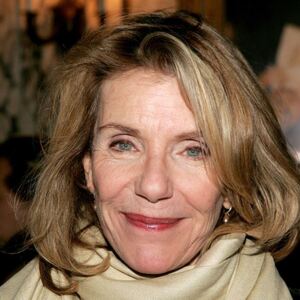