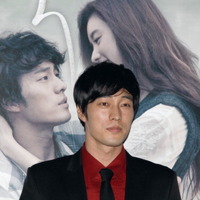 So Ji-sub Net Worth

in Richest Celebrities › Actors
So Ji-sub Net Worth:
$16 Million
💰 Compare So Ji-sub's Net Worth

So Ji-sub Net Worth: So Ji-sub is a South Korean actor who has a net worth of $16 million. So Ji-sub was born in Seoul, South Korea in November 1977. He trained to become a professional swimmer and modeled for STORM jeans in 1995. So made his television debut in the TV series We Are Dating Now and Glass Shoes in 2002. His film debut came starring in the 2002 movie Steal It If You Can. In 2003 he appeared in an episode of the TV series Thousand Years of Love. He appeared in the TV series Sorry, I Love You and the mini-series What Happened in Bali in 2004. In 2008 Ji-sub starred in the movies Kitaro and the Millennium Curse and Rough Cut. In 2009 he starred in the film Sophie's Revenge and appeared in an episode of Cain and Abel. He appeared in an episode of Road No. 1 in 2010 and starred in the movie Always in 2011. In 2012 he had a recurring role in the television series Ghost and starred in the movie A Company Man. In 2013 So appeared in episode of Master's Sun. So was nominated for Best Newcomer at the 2009 Asian Film Awards and for Most Popular Actor at the 2013 Baek Sang Art Awards. In addition to acting So has released several hip-hop albums and has authored three books.