Jharrel Jerome net worth: Jharrel Jerome is a Dominican American actor who has a net worth of $500 thousand. Jharrel Jerome was born in the Bronx, New York in October 1997. He made his acting debut in 2016 when he appeared in the film Moonlight as well as in the short Her Coloring Book and was the narrator for the short Wheels.

Jerome starred as Jerome Jackson on the television series Mr. Mercedes from 2017 to 2018. In 2019 he began starring as Korey Wise on the TV series When They See Us. Jharrel Jerome appeared in the movies All Rise, First Match, and Selah and The Spades. He appeared in the short Robu and in an episode of the TV series Tales. Jharrel Jerome was nominated for a Primetime Emmy Award in 2019 for When They See Us. He was also nominated for a Screen Actors Guild Award in 2017 for Moonlight and has won a Film Independent Spirit Award, a Gotham Award, and an MTV Movie + TV Award. 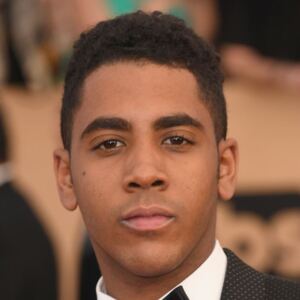