Their debut studio album PCD was released in 2005 and reached #1 in New Zealand and the Top 10 in seven other countries. Their second album Doll Domination was released in 2008 and reached the Top 10 in eight countries. The Pussycat Dolls had #1 hits with the singles "Don't Cha" (featuring Busta Rhymes), "Stickwitu", "Beep" (featuring will.i.am), "Buttons" (featuring Snoop Dogg), and "Jai Ho! (You Are My Destiny)" (with A.R. Rahman featuring Nicole Scherzinger). Sutta left the group in 2010 and released her solo single "Show Me" in 2011 which reached #1 on the US Dance chart. Her debut studio album Feline Resurrection was released in 2016. Sutta starred as Jody Starr on the television series Ocean Ave. from 2002 to 2013. She has also stared in the movies Bully, From Justin to Kelly, and Single in South Beach. 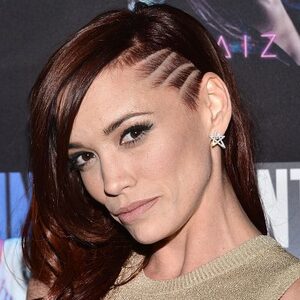