Jessica Pare net worth and salary: Jessica Pare is a Canadian actress who has a net worth of $6 million and salary per episode of $20,000. Born in Montreal, Quebec, Canada, Jessica Pare grew up bilingual (French and English), and began appearing in theater productions as a child. She went on to study with TheatreWorks, a touring educational theater company. She made her professional debut in the television movie, "Bonanno: A Godfather's Story", and then went on to appear in a string of feature films throughout the early 2000s, including, "Stardom", "Lost and Delirious", "Bollywood/Hollywood", and "Wicker Park". She also appeared in multiple mini-series, which led to more work on television. She appeared in such television projects as, "Random Passage", "Napoleon", "Lives of the Saints", "Jack and Bobby", and "Life". She continued to appear in various film projects until 2010, when she was cast in the role that would gain her the most widespread recognition, as Megan Draper on the hit series, "Mad Men". 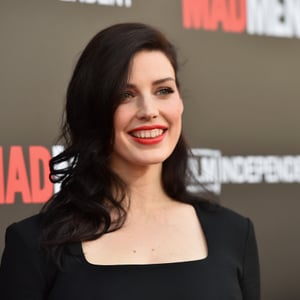