Jessica McNamee Net Worth: Jessica McNamee is an Australian actress who has a net worth of $1.5 million. Born in the mid-'80s in Australia, Jessica McNamee made her on-screen debut as Lisa Duffy on "Home and Away" in 2007. A year later, she landed her best-known role to date, appearing as a regular on "Packed to the Rafters".

McNamee starred as Sammy Rafter from 2008 until 2010 as a regular cast member before reprising her part in a guest role in 2013. She appeared in more than 50 episodes of the show. Her other parts include playing Mia in 2010's "The Loved Ones", Nelly Cameron in "50-50", Gwen Thornton in 2012's "The Vow", Penny Chase in 2013's "White Collar", and Theresa Kelly in 2014's "Sirens". For her part in "The Vow" McNamee appeared alongside Hollywood stars Rachel McAdams and Channing Tatum. In 2014, she began appearing as Lisa Montego on the series "The Time of Our Lives". She competed on "Dancing with the Stars" in 2009, making it to the grand finale episode. She twice appeared on the Annual TV Week Logie Awards in 2009 and 2010, and has appeared on "The Late Late Show with Craig Ferguson". McNamee is the younger sister of fellow actress Penny McNamee and enjoys active sports, including running and wakeboarding. 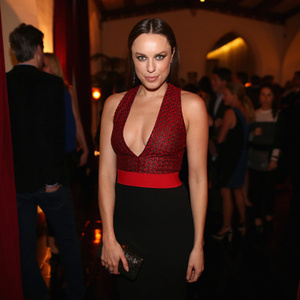