How much is Jessica Lucas Worth?

Jessica Lucas Net Worth: Jessica Lucas is a Canadian musician and actress who has a net worth of $4 million dollars. Jessica is probably best-known for starring on the show "Gotham" from 2015 to 2019. She has appeared in many other films and televisions shows.

Born in Vancouver, British Columbia, Canada, in 1985, Jessica Lucas' show business career began when she was seven years old. She studied at the Children's Theatre Arts beginning in 1992 and appeared in several community stage productions. In 2000, she landed her first part on television on "Seven Days" as Rita. A year later, she scored her first major role as the lead character on TV series "Edgemont". Lucas played Bekka Lawrence, appearing in nearly 50 episodes between 2001 and 2005. Her next regular role came as Sue Miller on 2004's "Life as We Know It" for one season. Lucas made her big screen debut in two 2006 movies: "The Covenant" and "She's the Man" alongside Amanda Bynes and Channing Tatum. Lucas has since appeared in "Cloverfield" as Lily Ford, "Evil Dead" as Olivia, "Big Mommas: Like Father, Like Son" as Haley Robinson, "That Awkward Moment" as Vera, and "Pompeii" as Ariadne. Her TV credits include a recurring part on "CSI: Crime Scene Investigation", a guest-starring appearance on a handful of episodes of "90210", and main roles on "Melrose Place", "Friends with Benefits", and "Cult". 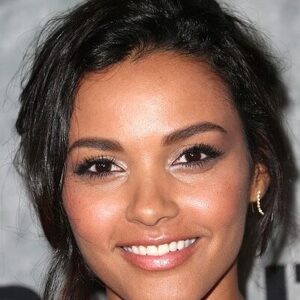