How much is Jessica Lowndes Worth?

Jessica Lowndes net worth and salary: Jessica Lowndes is a Canadian actress and singer who has a net worth of $6 million. Jessica Lowndes is probably most well known for her role on CW's drama television show, 90210, on which she played Adrianna Tate-Duncan. Lowndes was born in Vancouver and studied at the Pacific Academy in Surry. In 2009 she and her co-stars were listed on People magazine's collection of World's Most Beautiful People. In 2006 she began acting when she was cast in Saving Milly, a made-for-TV movie. It was then that she began taking on additional roles in both the television and movie sectors. In 2011, she was listed as number 58 on BuddyTV's 100 Sexiest Women list. Lowndes is also known for her singing abilities. In 2012 she stared in The Devil's Carnival, which is a musical that was filmed on tour. Since the age of 5 she has sang and played the piano. To date, she has released two studio albums, as well as releasing various songs on MySpace and other outlets. Two of her songs, Undone and Nothing Like This, have ranked on the U.S. Heat musical charts. Two additional guest singing appearances have also earned her a spot on various U.S. rankings. 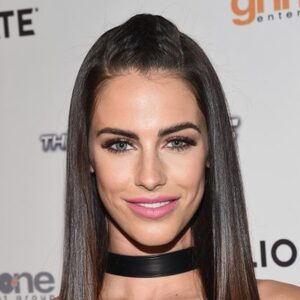