Jessica Lange net worth: Jessica Lange is an American actress who has a net worth of $20 million dollars. Jessica Lange is best known for her performances in such films as "Tootsie," "Frances," "Crimes of the Heart," "Blue Sky," and "Big Fish." She has also had a prolific career on television, most notably in the television movie "Grey Gardens" and on the FX horror anthology series "American Horror Story." In addition to her Oscars, Lange has won Emmy, Tony, Golden Globe, and Screen Actors Guild Awards.

Early Life and Career Beginnings: Jessica Lange was born in 1949 in Cloquet, Minnesota to Dorothy, a housewife, and Albert, a traveling salesman and teacher. She is of German and Dutch ancestry on her father's side and of Finnish descent on her mother's, and has two older sisters and a younger brother. Because of her father's work, the family moved dozens of times to various places in Minnesota, before settling in Cloquet, where Lange graduated from Cloquet High School. Subsequently, she won an art and photography scholarship at the University of Minnesota. After meeting her husband there, she left college and traveled around the US and Mexico. Lange then moved to Paris, where she studied mime theatre and became a dancer with the Opéra-Comique.

In the early 70s, Lange was discovered by fashion illustrator Antonio Lopez, and subsequently became a model. During this time, Hollywood producer Dino De Laurentiis noticed her, and gave Lange her debut feature film role in the 1976 remake of "King Kong." A few years later, Lange's friend Bob Fosse gave her a part in his semi-autobiographical musical film "All That Jazz.

Critical Success in the 80s: Starting off the 1980s, Lange appeared in the comedy "How to Beat the High Cost of Living" alongside Jane Curtain and Susan Saint James. In 1981, she was cast as the female lead in the remake of the classic noir "The Postman Always Rings Twice," costarring Jack Nicholson. While editing that film, Graeme Clifford took notice of Lange's talent, and subsequently cast her in the titular role of the 1982 biographical film "Frances." That same year, Lange played the love interest of Dustin Hoffman's cross-dressing character in the comedy "Tootsie." The actress received Academy Award nominations for both performances, becoming the first person in 40 years to receive two acting nominations in a single year. She ultimately won Best Supporting Actress for "Tootsie," as well as the Golden Globe.

Lange continued her run of successes in 1984, both producing and starring in the drama film "Country." Once again, she was nominated for an Academy Award for her work. The same year, she made her television debut in a CBS production of "Cat on a Hit Tin Roof," starring opposite Tommy Lee Jones. In 1985, Lange earned her fourth Oscar nomination for her portrayal of country singer Patsy Cline in the biopic "Sweet Dreams." Subsequent film credits in the 80s included "Crimes of the Heart," "Far North," and "Everybody's All-American." At the end of the decade, she received a fifth Oscar nomination for her performance as a Hungarian lawyer in the crime drama "Music Box." 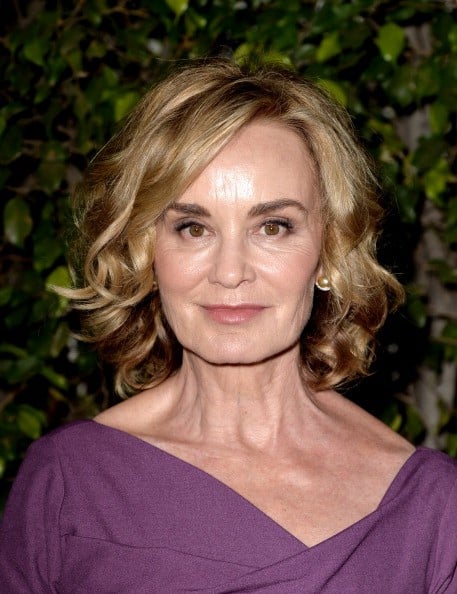 Film in the 90s: Lange began the 1990s with "Men Don't Leave," which garnered her much acclaim. Next, she was in two films with Robert De Niro: Martin Scorsese's remake of "Cape Fear" and Irwin Winkler's remake of "Night and the City." In 1994, Lange earned her sixth Academy Award nomination, and second win, for her role as a manic-depressive army wife in "Blue Sky," costarring Tommy Lee Jones. She followed this triumph with acclaimed performances in "Losing Isaiah," "Rob Roy," and "Cousin Bette." More strong reviews came for her work in the 1999 William Shakespeare adaptation "Titus," in which she played Tamora, the Queen of the Goths.

Film in the 2000s and 2010s: In the 2000s, Lange took mostly supporting roles on the big screen. In 2001, she appeared opposite Christina Ricci in the screen adaptation of the memoir "Prozac Nation." Subsequent credits included "Masked and Anonymous," "Big Fish," "Broken Flowers," and "Don't Come Knocking." Lange was also in the fantasy drama "Neverwas," the dramedy "Bonneville," the romantic drama "The Vow," the crime drama remake "The Gambler," and the comedy "Wild Oats."

Television Career: In 1992, eight years after making a splash on television in "Cat on a Hit Tin Roof," Lange starred in a television adaptation of Willa Cather's "O Pioneers!," for which she received a Golden Globe nomination. In 1995, reprising her stage role of Blanche DuBois in a television production of "A Streetcar Named Desire," Lange won the Golden Globe and received her first Emmy Award nomination. More nominations came her way in the 2000s for the HBO films "Normal" and "Grey Gardens." The latter, based on the eponymous 1975 documentary, earned Lange her first Emmy for Outstanding Lead Actress in a Miniseries or Movie.

Lange received even more acclaim for her subsequent role on the FX series "American Horror Story," which she joined in 2011. A massive hit, the program led to a resurgence in Lange's popularity. Additionally, she won another Emmy and Golden Globe, and received her first Screen Actors Guild Award. She returned as the lead character in the show's second season, earning further plaudits and awards nominations, and was back as well for the third and fourth seasons, with the show continually breaking ratings records. Later, Lange costarred in another FX anthology called "Feud," playing legendary actress Joan Crawford opposite Susan Sarandon, who portrayed Bette Davis. The program earned Lange high praise and a surfeit of awards nominations. In 2018, she returned for a guest role on the eighth season of "American Horror Story."

Persona Life: In 1970, Lange married Spanish photographer Francisco Grande, whom she had begun dating while in college. They separated in the mid-70s, and were finally divorced in 1982. While separated from Grande, Lange was dating Russian ballet dancer Mikhail Baryshnikov; they had one child, Aleksandra. In 1982, she began seeing playwright Sam Shepard, and had two children, Hannah and Samuel. Residing in multiple states, they ended up separating in 2009. 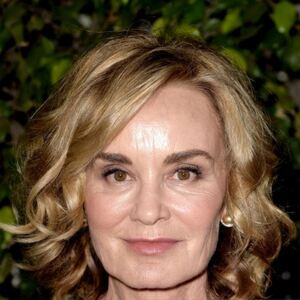