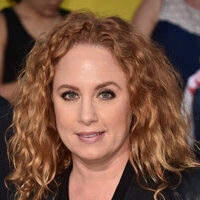 Jessica Chaffin net worth: Jessica Chaffin is an American actress, comedian, and writer who has a net worth of $1.5 million. Jessica Chaffin was born in Newton, Massachusetts. She performs at the Upright Citizens Brigade Theatre in Los Angeles, California mostly with her comedy partner Jamie Denbo. From 2005 to 2006 Chaffin starred as Coco Wexler in the television series Zoey 101. She has had recurring roles in the TV series 90210 from 2009 to 2010, United States of Tara from 2010 to 2011, Ronna & Beverly in 2012, New Girl from 2013 to 2014, and Episodes from 2014 to 2015. Chaffin has starred in the movies Wild Girls Gone, The Heat, Girltrash: All Night Long, and Spy. She has written for the TV series The Mighty B! and Ronna & Beverly.