What is Jessica Biel's Net Worth?

Jessica Biel is an American actress, model, singer, and producer who has a net worth of $250 million. That is a combined net worth with her husband, singer Justin Timberlake. Justin is responsible for the vast majority, $200 – $230 million, of the couple's net worth.

Biel first rose to fame as preacher's daughter Mary Camden on the long running WB television show "7th Heaven," but she has also had memorable roles in "The Texas Chainsaw Massacre" (2003), "Blade: Trinity" (2004), "The Illusionist" (2006), and "Total Recall" (2012). Jessica produced and starred in the first season of USA's limited series "The Sinner" in 2017, earning acting nominations from the Primetime Emmy Awards, Golden Globes, and Critics' Choice Television Awards. Biel was named the Sexiest Woman Alive by "Esquire" in 2005, and she was ranked #1 on "Stuff" magazine's 2007 "100 Sexiest Women" list.

Jessica Biel was born Jessica Claire Biel on March 3, 1982, in Ely, Minnesota. Her mother, Kimberly, is a spiritual healer, and her father, Jonathan, has worked as a business consultant and was employed at General Electric. Biel has a younger brother, Justin, who created BARE, a line of eco-friendly accessories; Jessica was a partner in the company. Biel grew up in Connecticut, Texas, Illinois, and Colorado. As a child, Jessica was involved in soccer and gymnastics, and at age 9, she began performing in local musical productions, such as "Beauty and the Beast" and "The Sound of Music." She signed with her first agent at age 11 after taking part in an International Modeling and Talent Association competition, where she won a scholarship to Young Actor's Space in Los Angeles. Biel soon began appearing in commercials and print ads, making her television debut in a Pringles commercial. Jessica attended Fairview High School and Le Lycee Francais De Los Angeles, then studied at Tufts University from 2000 to 2002 but dropped out to focus on her acting career.

In 1994, Biel starred in the short film "It's a Digital World, and she landed the role of Mary Camden on "7th Heaven" at age 14. The show ran from 1996 to 2006, but Jessica left in 2003 and occasionally appeared as a guest star in the show's later seasons. Biel made her feature film debut in 1997's "Ulee's Gold," playing Peter Fonda's granddaughter, and the following year, she starred in "I'll Be Home for Christmas" alongside Jonathan Taylor Thomas. In 2000, Jessica caused controversy when she appeared in a risqué photo shoot for "Gear" magazine; the producers of "7th Heaven" sued the magazine, and Biel later said that she regretted posing for the photos. During her last few years as a regular on "7th Heaven," Jessica appeared in "Summer Catch" (2001) and "The Rules of Attraction" (2002), and she starred in the 2003 remake of "The Texas Chainsaw Massacre," which earned $107 million at the box office against a $9.5 million budget. In 2004, she hunted vampires in "Blade: Trinity," which grossed $150 million worldwide, and she appeared in 3 films, "Stealth," "London," and "Elizabethtown," in 2005. 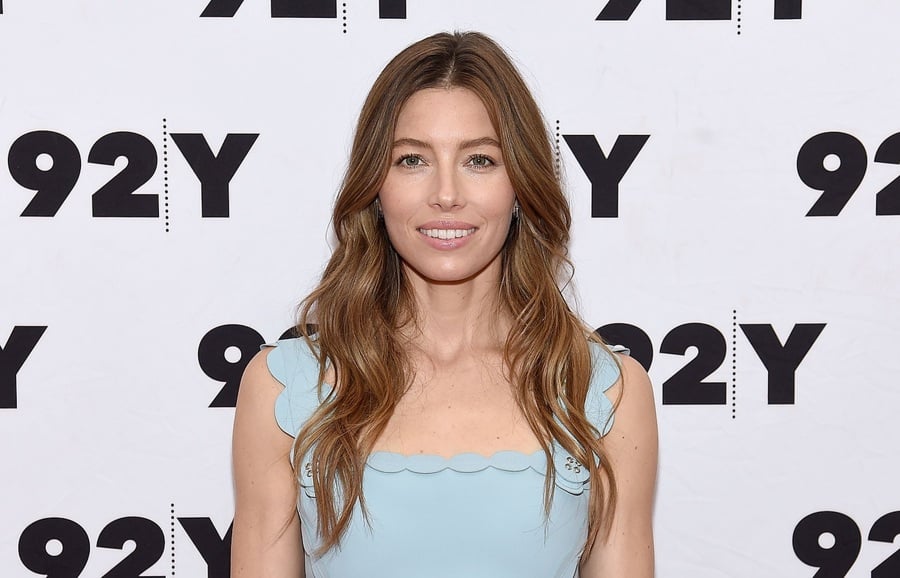 Jessica began dating singer Justin Timberlake after meeting him at a birthday party in 2007, and they got engaged in December 2011. The couple married in Italy on October 19, 2012, and welcomed son Silas on April 11, 2015.

Biel is passionate about charitable causes and founded the Make the Difference Network in 2007. In 2006, she took part in a charity auction to raise money for Molly Bloom's medical bills after the teenager lost her leg in a limo accident, and in 2010, Jessica brought attention to the global water crisis by climbing Mount Kilimanjaro during the Summit on the Summit expedition. She has also supported WomanCare Global, charity:water, and several other charitable organizations. 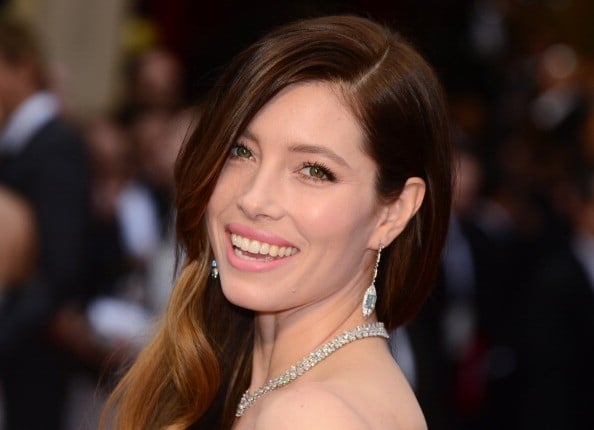 Biel won a Young Artist Award in 1998 for her role in "Ulee's Gold," and in 2005, she earned a ShoWest Award for Female Star of Tomorrow. She received the Rising Star Award at the 2007 Palm Springs International Film Festival and won the Outstanding Achievement in Filmmaking Acting award for "The Illusionist" at the 2006 Newport Beach Film Festival. In 2013, Jessica shared a Best Acting Ensemble: Feature award from the Ashland Independent Film Festival with the cast of "The Truth About Emanuel." In 2015, Biel and Timberlake were honored with the Inspiration Award at the GLSEN Respect Awards for their support of the LGBT community and their dedication to improving the lives of LGBT youths, and Jessica's work with charity:water earned her an Impact Award at Variety's Power of Women luncheon in 2012.

In 2010, Jessica and Justin spent $6.6 million on a 2,600 square-foot penthouse in NYC's Soho neighborhood. They listed this property for sale in 2018 for $8 million but ultimately sold it in January 2019 for a little less than they paid a decade earlier.

In 2017, shortly before buying listing their Soho place, Jessica and Justin spent $20.2 million for a 5,400 square-foot duplex penthouse in Tribecca that features a large rooftop terrace. This property, which was originally listed for $27.5 million, comes with $15,000 in monthly condo fees, maintenance and taxes. Harry Styles, Blake Lively and Ryan Reynolds, and Formula One driver Lewis Hamilton own units in the same building. Hamilton owns the penthouse which he bought for $44 million.

Outside of New York they own mansion in the Hollywood Hills that Justin purchased in 2002 for $8.3 million from Helen Hunt. Justin subsequently bought an undeveloped neighboring lot to create an impressive 10+ acre property. In October 2021 Justin and Jessica listed this property for sale for $35 million.

They own a 130-acre undeveloped estate near Nashville that was picked up for $4 million in 2015 and a property within the exclusive Yellowstone Club in Montana which was acquired for an undisclosed price. Membership at the Yellowstone Club costs $300,000 upfront and $30,000 per year. The club has 13,600 acres of land, of which 2,200 are skiable. Other Yellowstone owners include Bill Gates and Jack Kemp. Justin and Jessica reportedly plan to raise their children here, so they grow up out of the Hollywood spotlight. 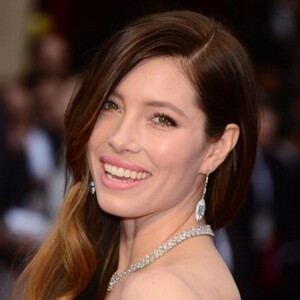