Jesse Ventura Net Worth: Jesse Ventura is an American actor, author and politician who has a net worth of $6 million dollars. Born James George Janos in Minneapolis, Minnesota, in 1951, into a family of World War II veterans, Jesse Ventura joined the U.S. Navy in 1969 and served during the Vietnam War era until 1975. When he returned home, he worked as a bodyguard for The Rolling Stones, then adopted the name "Jesse "The Body" Ventura" when he became a professional wrestler. Ventura wrestled for more than a decade and appeared in several anti-steroid educational campaigns following his retirement and admitted steroid use. He retired from wrestling in the ring after suffering from blood clots, which he claimed was due to exposure to Agent Orange in Vietnam. Ventura began doing TV commentary after his retirement. He is a one-time American Wrestling Association World Tag Team champion and was inducted into the WWE Hall of Fame in 2004. Ventura's acting career began when he appeared with Arnold Schwarzenegger in "Predator" in 1987 and on several episodes of "Zorro" around the same time. Other TV and film credits include "The Running Man", "Ricochet", "Demolition Man", "Batman & Robin" and "The Master of Disguise". He launched his own TV show, now titled "Jesse Ventura: Off the Grid" on Ora TV in early 2014.

Ventura's post-wrestling career also turned political and he won his first campaign to be the mayor of Brooklyn Park, Minnesota, serving from 1991 to 1995. Three years later, he ran for Governor of Minnesota on the Reform Party ticket, defeating St. Paul's mayor and the state's attorney general in the election. He opted not to run for a second term, and was replaced in 2003 by Tim Pawlenty. His post-political ventures have included becoming the spokesperson for online sportsbook BetUS and publicly supporting other candidates, including Ron Paul and later Gary Johnson during the 2012 presidential election. Ventura attracted criticism for expressing doubt about the government's account of the 9/11 terrorist attacks and landed a TruTV show, "Conspiracy Theory with Jesse Ventura", which ran for three seasons. He also wrote or co-wrote several books, including "Don't Start the Revolution Without Me", "American Conspiracies" and "63 Documents the Government Doesn't Want You to Read". He and his wife, Terry, have been married since 1975 and have two children. They live in Minnesota and Cabo San Lucas, Mexico.

Chris Kyle Lawsuit:
During a 2014 court case where Jesse was suing the estate of the late Navy Seal sniper Chris Kyle, Ventura revealed that his income between 2002 and 2012 was $11 million dollars. His peak income came in 2003 when he earned $3.8 million in salary from MSNBC. In 2011, he reportedly earned $676,000. In 2012, Chris Kyle published a book in which he claimed to have knocked out a nameless man he referred to as "Scruff Face" during a bar fight. The fight allegedly occurred because "Scruff Face" disparaged the Navy SEALs. It was later revealed that "Scruff Face" was reportedly Jesse Ventura. Ventura claimed that these rumors led to his TruTV show getting cancelled and a noticeable decline in his book sales. After earning $676,000 in 2011, Ventura claims his reputation was so damaged that in 2012 he earned just $190,000.

***UPDATE*** After more than a week of deliberations, on July 29 a jury decided that Ventura was in fact defamed by Kyle's story. The jury awarded Jesse $500 thousand dollars for defamation and $1.3 million for something called "unjust enrichment". Ventura had been seeking $5-$15 million in damages. 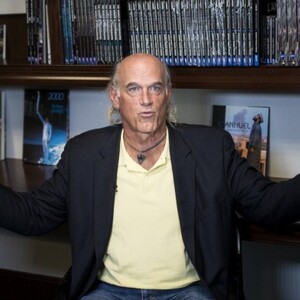