How much is Jesse Tyler Ferguson Worth?

Jesse Tyler Ferguson Net Worth and Salary: Jesse Tyler Ferguson is an American actor who has a net worth of $25 million. Ferguson earned his net worth acting in TV shows, films, and stage productions. He is most famous for playing Mitchell Pritchett on the ABC sitcom "Modern Family," which ran from 2009 to 2020 and earned him several Primetime Emmy nominations. Between 2014 and 2018, Jesse earned $190,000 per episode, and in 2018, his salary was boosted to $500,000 per episode. Ferguson is also known for playing Richie Velch on the CBS sitcom "The Class" (2006–2007), and he voiced Shangri Llama in the 2016 computer-animated film "Ice Age: Collision Course." He has appeared on Broadway in "On the Town" (1998–1999), "The 25th Annual Putnam County Spelling Bee" (2005–2008), and "Fully Committed" (2016), and he has won two Drama Desk Awards for his work in the theatre.

Early Life: Jesse Tyler Ferguson was born on October 22, 1975, in Missoula, Montana. He grew up in Albuquerque, New Mexico, with mother Anne, father Robert, and siblings Ben and Kelly. Anne and Robert divorced when Jesse was 18. Ferguson became interested in acting at a young age and joined the Albuquerque Children's Theater at 8 years old. He attended St. Pius X High School, where he starred as General Bullmoose in "Li'l Abner" and Albert Peterson in "Bye Bye Birdie" and was a member of the debate team. Jesse spent his summers working at Cliff's Amusement Park as a singer and dancer, and he graduated from high school in 1994. He then moved to New York City to attend The American Musical and Dramatic Academy (AMDA).

Film and Television Career: Ferguson first graced the small screen in the 2000 television movie "Sally Hemings: An American Scandal," and the following year, he appeared in the film "Ordinary Sinner." In 2002, he had an uncredited role on an episode of "Absolutely Fabulous, and he starred in the short film "Mercury in Retrograde" in 2004. In 2006, Jesse appeared in the movie "Griffin and Phoenix" and began starring on "The Class," which aired 19 episodes before its cancellation in 2007. He guest-starred on ABC's "Ugly Betty" in 2007 and 2010 and co-starred with Niecy Nash and Jerry O'Connell on the Fox sitcom "Do Not Disturb" in 2008. Ferguson also appeared in the films "Untraceable" (2008) and "Wonderful World" (2009) before being cast as openly gay lawyer Mitchell Pritchett on "Modern Family." The hit series aired 250 episodes over 11 seasons and won more than 100 awards.

Theatre Career: Jesse made his Broadway debut in a 1998 revival of "On the Town," then he originated the role of Leaf Coneybear in "The 25th Annual Putnam County Spelling Bee," which he starred in from 2005 to 2008. He also appears on the Grammy-nominated Broadway cast recording, and the show earned six Tony nominations, including Best Musical. Ferguson has participated in the Public Theater's Shakespeare in the Park several times, appearing in "A Midsummer Night's Dream," "The Winter's Tale," "The Merchant of Venice," and "A Comedy of Errors." Jesse starred as Leo Bloom in "The Producers" (2012) and Sir Robin in "Spamalot" (2015) at the Hollywood Bowl, and he returned to Broadway in 2016 to star in the solo show "Fully Committed."

He has also appeared in productions of "Hair," "SantaLand Diaries," "The Complete Works of William Shakespeare (Abridged)," and "Little Fish," and in 2012, he starred in Dustin Lance Black's "8," at the Wilshire Ebell Theatre to raise funds for the American Foundation for Equal Rights. The play was a reenactment of the trial that overturned California's ban on same-sex marriage (Proposition 8) and was broadcast on YouTube. Jesse was set to appear in "Take Me Out" on Broadway in April 2020, but the production was postponed due to the Coronavirus pandemic. 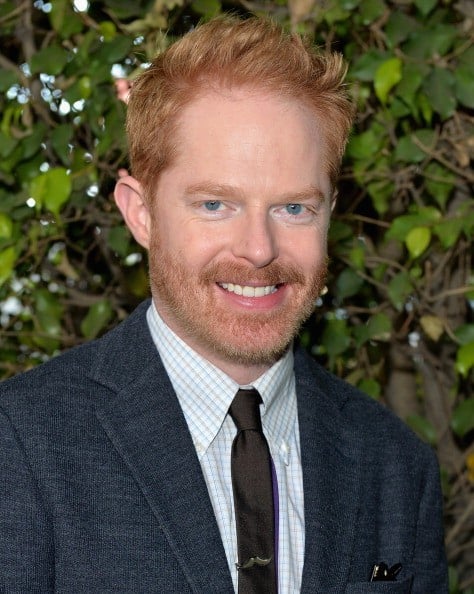 Personal Life: Jesse, who is openly gay, married lawyer Justin Mikita on July 20, 2013, and playwright/screenwriter Tony Kushner officiated the wedding. The couple has a son, Beckett, who was born on July 7, 2020. Ferguson and Mikita are passionate about charitable causes and founded a non-profit organization called "Tie The Knot" in 2012; the organization sells bow ties to raise money in support of marriage equality. In 2013, Jesse was named celebrity ambassador for the LGBT community by the American Civil Liberties Union, and he was involved in the organization's "Out for Freedom" campaign.

Awards and Nominations: Ferguson was nominated for a Primetime Emmy for Outstanding Supporting Actor in a Comedy Series every year from 2010 to 2014. The cast of "Modern Family" won Screen Actors Guild Awards for Outstanding Performance by an Ensemble in a Comedy Series in 2011, 2012, 2013, and 2014 as well as a Gold Derby TV Award for Ensemble of the Year in 2010. The series also earned Jesse Supporting Actor nominations from the Online Film & Television Association, People's Choice Awards, Gold Derby Awards, and GALECA: The Society of LGBTQ Entertainment Critics, and Ferguson and co-star Eric Stonestreet were nominated for a TV Guide Award for Favorite TV Couple in 2012. In 2016, Jesse won a Drama Desk Award for Outstanding Solo Performance for "Fully Committed," and the cast of "The 25th Annual Putnam County Spelling Bee" received a Drama Desk Award for Outstanding Ensemble Performance in 2005.

Real Estate: In 2013, Jesse paid $4.55 million for a 4,926 square foot home in the Los Feliz area of Los Angeles. The 4-bedroom home once belonged to Gwen Stefani and Gavin Rossdale. The musicians bought the house in 1998 for $1.4 million and sold it for $4.8 million in 2007. Today the home includes a library, indoor and outdoor fireplaces, a swimming pool, and a spa. They listed this home for sale in March 2021 for $7 million. Jesse and Justin gave a tour of the home to Architectural Digest in 2018:

In April 2021, not long after offloading their Los Feliz mansion, Jesse Tyler Ferguson paid $8.7 million for a home in the LA suburb of Encino. 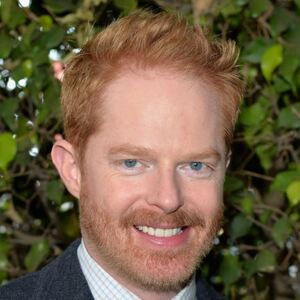