What is Jesse Plemons' Net Worth and Salary?

Jesse Plemons is an American actor who has a net worth of $15 million. Plemons is perhaps best known for his roles in TV series such as "Friday Night Lights" and "Breaking Bad," although he has gone on to establish himself as one of the most recognizable faces in Hollywood. He was also relatively well-established even prior to these TV roles, as Jesse began his entertainment career as a successful child actor. After finding success and widespread critical acclaim with "Breaking Bad," Plemons won a number of notable awards and honors. He then went on to play major roles in series like "Fargo" and "Black Mirror" from 2015 onwards.

Outside of his TV career, Jesse has appeared in a number of notable films. One of his first notable movie roles was in 2012's "The Master." He then followed up with roles in productions like "The Homesman" "Black Mass" and "Bridge of Spies" throughout the mid-2010s. Towards the end of the decade, Jesse ramped up his film career with roles in movies such as "Game Night," "Vice," and "The Irishman." During this period, Plemons was nominated for an Independent Spirit Award for his lead role in "Other People." From 2020 onwards, he became known for appearing in films like "I'm Thinking of Ending Things," "Judas and the Black Messiah," "Jungle Cruise," and "The Power of the Dog."

Jesse Lon Plemons was born on April 2nd of 1988 in Dallas, Texas. Raised on the outskirts of Waco in a city called Mart alongside an older sister, Jesse graduated from high school in 2007. He opted for a distance learning program that allowed him to focus on his child acting career while earning his high school diploma. That being said, Plemons still found time to play football throughout his high school years before shifting to an online program and focusing more heavily on acting roles.

Plemons began his career as a child actor, starting with commercial roles for brands like Coca-Cola at the age of three. By the age of eight, he was booking roles as a background performer while also auditioning in Los Angeles for small roles. During these early years, he appeared as a child actor in movies like "Varsity Blues" and "All the Pretty Horses." He also booked a number of TV roles in shows like "Walker, Texas Ranger," "Sabrina, the Teenage Witch," "Judging Amy," "The Lyon's Den," "CSI: Crime Scene Investigation," and "Grey's Anatomy." His first major film role came in 2002 with "Children on their Birthdays."

By the age of 18, Plemons was ready to graduate to more central, adult roles. At this age, he joined the cast of "Friday Night Lights" and played the best friend of a major character. By the second season, Jesse became a more central member of the show and joined the football team upon which the show focused. He did his own stunts during many scenes, drawing upon his high school football experience and suffering notable injuries in the process. The show eventually ended after five seasons.

In 2012, Jesse continued his film career with roles in movies like "Battleship" and "The Master." However, the true story of that year was his addition to the AMC drama series "Breaking Bad." As the show continued, Plemons became steadily more central and later reprised his role in "El Camino: A Breaking Bad Movie." Over the next few years, Plemons narrowly missed out on joining the "Star Wars" film franchise and continued to appear in series like "Fargo." 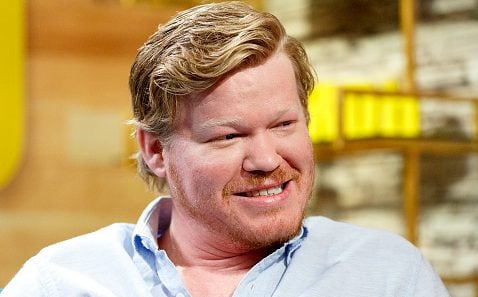 From the mid-2010s onwards, Jesse continued to book notable film roles in movies like "Black Mass," "Bridge of Spies," and "Other People." He then continued with movies like "American Made," "Hostiles," and "The Post." A 2017 role in "Black Mirror" saw him nominated for a Primetime Emmy, while he spent the next few years appearing in movies like "Game Night," "Vice," and "The Irishman."

From 2020 onwards, Plemons appeared in movies like "I'm Thinking of Ending Things," earning a nomination for a Gotham Independent Film Award in the process. He then appeared in the critically acclaimed film "Judas and the Black Messiah" before booking a role in the Disney film "Jungle Cruise." In 2021, he continued to remain on the radar with roles in movies like "Antlers" and co-starred with his real-life partner Kirsten Dunst in "The Power of the Dog."

During this time, it was announced that Jessee would be joining a star-studded cast alongside Leonardo DiCaprio and Robert De Niro in the Scorsese-directed "Killers of the Flower Moon." It was also announced that Plemons will produce his first production with "Windfall." Jesse is also continuing to book roles in TV series, having been attached to the HBO Max series "Love and Death" alongside Elizabeth Olsen.

For better or worse, Jesse is often noted for his resemblance to Matt Damon. He is sometimes derisively referred to as "Fat Damon". After appearing in Breaking Bad, some referred to him as "Meth Damon". Interestingly, Jesse actually played a younger version of Matt Damon in the 2000 movie "All the Pretty Horses. He has also been said to resemble Philip Seymour Hoffman. In 2012 he played Hoffman's son in the movie "The Master".

In 2016, Plemons met actress Kirsten Dunst on the set of "Fargo." The pair began a relationship and became engaged one year later. In 2018, they welcomed their first child into the world. In 2021, they had a second child together. The couple lives together in San Fernando Valley. 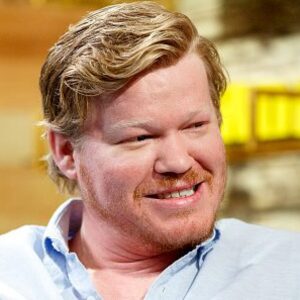