Jesse Metcalfe was born in Carmel Valley, California in 1978. He and spent his teen years in Connecticut where he played in several basketball leagues in Waterford, Connecticut. Jesse Metcalfe got his start in acting on the soap opera "Passions", which he was on for five years from 1999 to 2004. He also had a guest star role on the popular television series "Smallville" as well as in the NBC crime drama television series "Chase". Jesse Metcalfe has appeared in the movies "Loaded", "Insanitarium", "The Other End of the Line", "Beyond a Reasonable Doubt", and "The Tortured". Jesse Metcalfe won a Screen Actors Guild Award for Outstanding Performance by an Ensemble in a Comedy Series for "Desperate Housewives" and a Teen Choice Award for Choice TV Breakout Performance: Male, also for "Desperate Housewives". Jesse Metcalfe was in a long term relationship with actress Cara Santana. Unfortunately they separated in January 2020 after 13 years together. 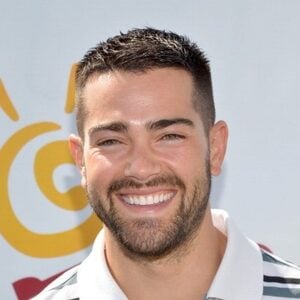