Jesse L. Martin is the third of five sons. His father and mother divorced when he was a child. While in elementary school, Jesse and his family moved to Buffalo, New York, where he joined an after-school drama program to help him overcome his shyness. He was cast as the pastor in the drama production of The Golden Goose. Martin later attended The Buffalo Academy for Visual and Performing arts where he was voted the Most Talented student of his senior class. He attended the Tisch School of the Arts a prestigious Theatre Program at New York University. Some of Martin's Broadway credits includes: Timon of Athens, The Government Inspector, The Merchant of Venice and The Winter's Tale. He has also appeared on such popular TV shows as: New York Undercover, 413 Hope St., Ally Mc Beal and The X-Files. Jesse L. Martin has starred in many films and made for television movies. 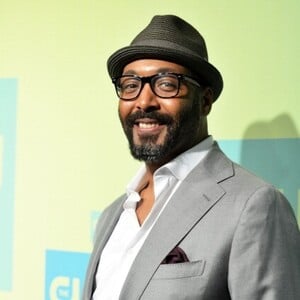