Jesse James net worth: Jesse James is an American entrepreneur and reality television star who has a net worth of $50 million. Over the decades, James has built a bike customization empire with his company West Coast Choppers, which he founded in 1992. Since then, the company has grown into a massive merchandising and lifestyle empire that includes clothing lines, multiple TV shows, a magazine, fast food restaurants, and more. His show "Monster Garage" (2002–⁠2006) was one of the highest rated shows on the Discovery Channel, and he has also appeared on the television series "The Apprentice" (2009), "Jesse James Is a Dead Man" (2009), and "Jesse James: Outlaw Garage" (2012). James has served a producer on "Monster Garage," "Jesse James Is a Dead Man," and "Jesse James: Outlaw Garage" as well as the documentaries "Motorcycle Mania III" (2004), "Joe Kid on a Stingray" (2005), and "Jesse James: Blacksmith" (2011). Jesse has also appeared in the feature films "Torque" (2004) and "Machete Kills" (2013) and the short film "Two Scoops" (2013).

From 2005 to 2010, he was married to Academy Award-winning actress Sandra Bullock, who ended their marriage after James admitted that he had cheated on her.

He has been married to hair care heiress and drag racer Alexis DeJoria since 2013. Alexis' father John Paul Dejoria is the founder of both the John Paul Mitchell hair brand and The Patron Spirits Company. John Paul is worth $4 billion.

Early Life: Jesse James was born Jesse Gregory James on April 19, 1969, in Long Beach, California. After Jesse's parents divorced, he lived with his father, who had an antiques business that was located in the same warehouse as a Harley-Davidson after market parts manufacturer. At age 7, Jesse received his first mini-bike, and as a high school freshman, he made a motorcycle exhaust system in his mother's garage. James attended La Sierra High School and the University of California in Riverside, where he was outside linebacker on the school's football team until a knee injury dashed his athletic hopes. When Jesse was 19, he became a bouncer and worked as a bodyguard to bands such as Slayer, Soundgarden, and Danzig. After he was injured at a concert, James decided to pursue a career he was truly passionate about: creating custom motorcycles.

Career: Jesse opened West Coast Choppers in 1992, and in the beginning, he built each bike from scratch himself. The company now has over 50 employees working out of an 18,000 square foot warehouse. A West Coast Chopper bike fetches anywhere from $60,000 to $150,000, and his custom cars can fetch even more. James has sold bikes to many celebrities including Shaquille O'Neal, Keanu Reeves, Kid Rock and Tyson Beckford. The company's Long Beach headquarters closed in 2010, then James opened a new headquarters in Austin, Texas, in 2013. Jesse opened a Cisco Burger restaurant in 2006, and he was part-owner of Austin Speed Shop until 2013. He also published "Garage" magazine and has launched the Jesse's Girl and Jesse James Industrial Workwear clothing lines and Jesse James Fire Arms Unlimited. 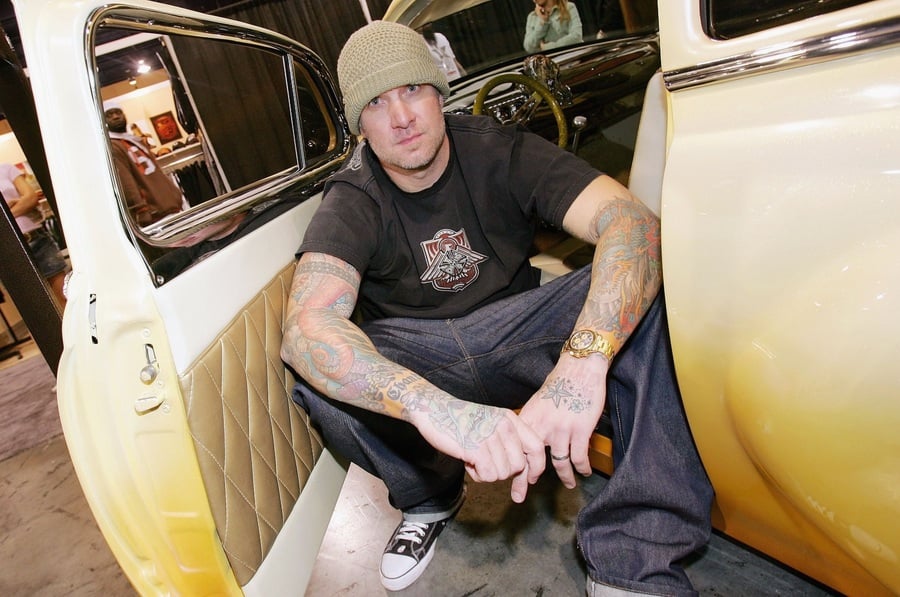 Personal Life: James has been married four times and has three children. He married his first wife, Karla, in 1991, and they welcomed son Jesse Jr. and daughter Chandler before divorcing in 2002. He wed Janine Lindemulder on October 20, 2002, and they had one child, daughter Sunny. After Jesse and Janine divorced in 2004, he married actress Sandra Bullock on July 16, 2005. He met Bullock when she brought her godson to the set of "Monster Garage." In March 2010, several women claimed that they were romantically involved with Jesse during his marriage to Sandra, leading James to issue a public apology that stated, "This has caused my wife and kids pain and embarrassment beyond comprehension and I am extremely saddened to have brought this on them. I am truly very sorry for the grief I have caused them. I hope one day they can find it in their hearts to forgive me." By the end of the month, Jesse had checked into a rehab center, and Sandra filed for divorce in April. Four years earlier, the couple had begun the process to adopt a baby boy, and Bullock proceeded with the adoption as a single parent. The divorce was finalized in June 2010, and James became engaged to tattoo artist Kat Von D in January 2011. They split up in September 2011, and Von D accused James of infidelity with multiple women. Jesse went on to wed drag racer Alexis DeJoria on March 24, 2013, and they separated in March 2020.

James has claimed that bank and train robber Jesse James was the cousin of his great-great-grandfather, but the president of the James Preservation Trust, Eric James, has disputed this, stating that there is no record of Jesse in the outlaw's family tree. In 2007, the California Air Resources Board (CARB) fined James $271,250 after it was determined that motorcycles he'd sold between 1998 and 2005 were in violation of the state's clean-air laws. Jesse said that he wasn't aware that there had been a rule change that made small-volume manufacturers subject to CARB regulations. In 2008, James was hit with a $422,680 breach of contract lawsuit from a customer who had hired him to build a custom car in 2005. Michael Jones alleged that he had paid $270,000 for the car, which still had not been completed when he filed the lawsuit, and that two years into the job, Jesse gave him a new estimate of $600,000 – $700,000. Jesse has also been sued by his former lawyers more than once, for $327,533 in unpaid fees in 2008 and for $500,000 (which included $100,000 in unpaid fees plus interest and damages) in 2014.

Real Estate: In 2010, James paid nearly $2 million for a mansion in Austin, Texas. The home includes nine bedrooms, seven bathrooms, a home gym, and a private movie theater, and the property features "several swimming pools" and a six-car garage. 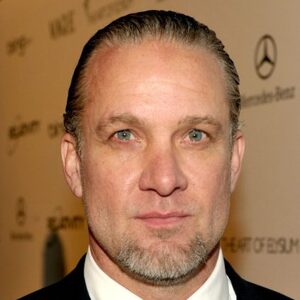