Jesse Eisenberg Net Worth: Jesse Eisenberg is an American actor who has a net worth of $10 million. From starring in small series such as "Get Real" from 1999 to 2000 to getting nominated for multiple awards for his role in "The Social Network" in 2010, Eisenberg has made quite a name for himself in Hollywood. Although known mostly for his acting career, Eisenberg is also known to have written a few productions for the stage.

After spending his sophomore year at East Brunswick High School, Eisenberg transferred to the Professional Performing Arts School in New York. He received his breakout role in the independent film "Roger Dodger" in 2002 while he was in his senior year. Because of his role in the film, he was prevented from enrolling at New York University. Instead, Eisenberg attended The New School in Greenwich Village, where he majored in liberal arts.

Due to an anxiety disorder, Jesse had trouble fitting in at school and began to find solace in stage acting at an early age. He had been acting since he was 7 years old when he starred as Oliver Twist in a children's production of "Oliver!" He continued to take roles in various theatre productions until he was 16.

By 16, Eisenberg was writing screenplays – some of which were getting attention from major film studios. However, Jesse was not enthusiastic about how little control he had over the scripts once they were sold off.

Acting Career: After appearing in his television debut with "Get Real" from 1999 to 2000 and a made-for-TV movie called "Lightning: Fire from the Sky" when he was 18, Eisenberg would get his first taste of global recognition in 2002 when he appeared in "Roger Dodger." He subsequently won the award for Most Promising Actor at the San Diego Film Festival.

However, it wasn't until 2009 that Eisenberg would get his first big break with the box office hit "Zombieland," in which he acted opposite Woody Harrelson, Emma Stone, and Abigail Breslin. His success only grew in 2010 after starring in the critically acclaimed film "The Social Network," directed by David Fincher. Jesse went on to receive nominations for Best Actor at the Golden Globes, BAFTA Awards, and the Academy Awards. He took home the Best Actor Award from the National Board of Review of Motion Pictures.

In 2011, Jesse starred in the animated box office hit "Rio," which was nominated for the Academy Award for Best Original Song. That year, he also acted in the heist/comedy film "30 Minutes or Less." He then started in a couple of movies during 2012, including "Why Stop Now" and "To Rome With Love" directed by controversial film director Woody Allen.

Eisenberg found himself acting with Woody Harrelson once again in 2013 when he starred in the magician heist film "Now You See Me" alongside Isla Fisher and Mark Ruffalo. Another film of note that year included the indie drama "The Double." Two years later, he joined the cast of the action-comedy film "American Ultra," which also starred indie darling Kristen Stewart.

2015 proved to be a busy year for Jesse, as he wrote his first book of short comedy pieces, entitled "Bream Gives Me Hiccups." In 2016, Eisenberg played one of his more controversial roles in "Batman v Superman: Dawn of Justice," taking the role of Lex Luthor. The film garnered generally mixed reviews, and most audiences disliked his portrayal of the character. Jesse went on to do a couple of sequels over the next few years, reprising his role as J. Daniel Atlas in "Now You See Me 2," and  joining the cast of "Zombieland: Double Tap."

Playwright Career: In 2011, Eisenberg wrote his first play called "Asuncion", put together by the Rattlestick Playwrights Theater. Along with being the playwright, Jesse also acted in the production opposite Justin Bartha and Camille Mana. Eisenberg announced in 2013 that he would continue to writing and acting in plays while continuing his film career. That year, he debuted his sophomore play "The Revisionist."

In 2015, he followed this up with his third play, "The Spoils," which premiered off-Broadway at The New Group Perishing Square Signature Center Alice Griffin Box Theatre. The production went on to win the Irving Laurie Foundation Theatre Visions Fund Award. Jesse now serves on the Board of Advisors for the radio show/podcast Playing On Air. He created one play for the show called "A Little Part of All of Us" in 2015, which he also starred in. In 2016, his play "The Spoils" started a run in London's Trafalgar Studios, with Eisenberg taking a starring role. He is currently working on an adaptation of his book "Bream Gives Me Hiccups."

Finances: Jesse Eisenberg once revealed that he "barely spends any money," and that he doesn't even purchase clothing. When he finishes acting in certain films, he simply keeps certain items from the wardrobe – an accepted practice in Hollywood. He also says that he once purchased a house, but that he regretted the decision instantly. The home needed constant repairs, and he was never even home to enjoy the property. 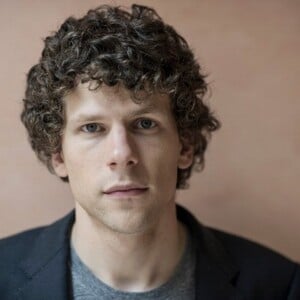