Born in Danville, Illinois, Jerry Van Dyke began performing stand-up comedy while in high school, and performed steadily throughout the early 50s. He worked on his own television show, "The Jerry Van Dyke Show" in Indiana, and was a popular performer on military bases during his period of service. He began appearing in guest starring roles on various television programs in the early 60s, and was cast as Judy Garland's sidekick on her television show. However, the show was subsequently revamped, and his role was written out. He then began appearing on his brother, Dick Van Dyke's show. Since then, he has had guest starring or co-starring roles in multiple film and television projects, including, "My Mother the Car", "Accidental Family", "Headmaster", "Mary Tyler Moore", "The Love Boat", "Run If You Can", "Charles in Charge", "Grace Under Fire", "Diagnosis Murder", "My Name Is Earl", and "Raising Hope". He is most widely recognized for his work on "Coach", "Teen Angel", "You Wish", and "Yes, Dear". Jerry Van Dyke died on January 5, 2018 at the age of 86. Up until his death, Jerry and his wife Shirley lived at their 800-acre ranch in Arkansas. He is survived be three children. 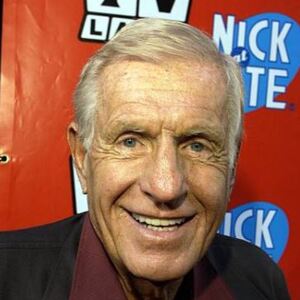