Jerry Stiller Net Worth: Jerry Stiller was an American comedian, actor, producer, and author who had a net worth of $14 million at the time of his death. Though he was a classically trained and accomplished stage actor, he was best-known to audiences for his work on the sitcoms "Seinfeld" (1993–1998) and "The King of Queens" (1998–2007).

Early Life: Jerry Stiller was born Gerald Isaac Stiller on June 8, 1927 in Brooklyn, New York. He grew up with mother Bella, father William (a bus and taxi driver), and three younger siblings in the East New York and Williamsburg neighborhoods. After the family moved to the Lower East Side, Jerry attended Seward Park High School, and he later served in the U.S. Army during World War II. Stiller then enrolled at Syracuse University, graduating with a Bachelor of Science in Speech and Drama in 1950, and he studied drama at Greenwich Village's HB Studio. In 1953, he co-starred with Jack Klugman and Gene Saks in a Phoenix Theater production of "Coriolanus," and the actors were referred to as "the best trio of Shakespearian clowns that I have ever seen on any stage" by the production's producer, John Houseman. After Jerry met Anne Meara, the couple joined The Compass Players, a Chicago improv comedy company that later came to be known as The Second City. After they left the company, they began performing together as Stiller and Meara. Jerry and Anne started performing in New York City nightclubs in 1961 and were considered a "national phenomenon" by 1962. 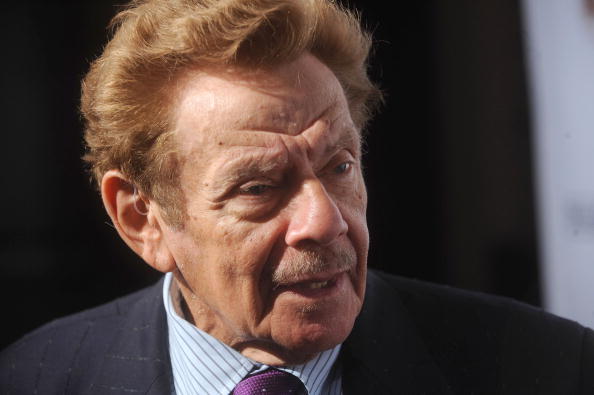 Personal Life: In 1953, Jerry met fellow struggling actor Anne Meara at an agent's office. Anne had just experienced a terrible interaction with the agent, and Jerry asked her to coffee. They were together until Meara's death in 2015. Jerry, who was Jewish, married Anne, who was Irish Catholic, on September 14, 1964, and after Meara converted to Judaism, the couple welcomed daughter Amy on August 9, 1961, and son Ben on November 30, 1965. Stiller and Meara received a joint star on the Hollywood Walk of Fame in 2007.

Death: On May 11, 2020, Jerry passed away from natural causes at his Upper West Side home at age 92. Ben announced his death on social media, writing "I'm sad to say that my father, Jerry Stiller, passed away from natural causes. He was a great dad and grandfather, and the most dedicated husband to Anne for about 62 years. He will be greatly missed. Love you Dad." Jason Alexander, who played Stiller's son on "Seinfeld," called Jerry "perhaps the kindest man I ever had the honor to work beside" and "a great actor, a great man, a lovely friend." Leah Remini stated, "I was lucky enough to work with Jerry Stiller, playing his daughter for 9 years on The King Of Queens, but even luckier to know him, the man, the husband, the father, the grandfather…I will be forever grateful for the memories, the fatherly talks off screen and for the many years of laughter, the kindness he had shown to me and my family." 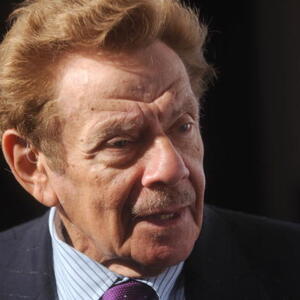