How much is Jerry O'Connell Worth?

Jerry O'Connell net worth and salary: Jerry O'Connell is an American actor who has a net worth of $20 million. That is a combined net worth with his wife since 2007, Rebecca Romijn. Although he is probably best known for his acting work, O'Connell is also a director and a talk show host. In terms of his television roles, some of his most notable credits include "Sliders," "My Secret Identity," and "Crossing Jordan." He has appeared in major films such as "Stand By Me," "Joe's Apartment," "Jerry Maguire," "Scream 2," "Kangaroo Jack," and "Piranha 3D." Jerry is also an accomplished voice actor who has a recurring role in the animated series "Star Trek: Lower Decks."

Early Life: Jeremiah O'Connell was born on February 17th of 1974 in Manhattan, New York City. Raised by an art teacher and an art director at an advertising agency, Jerry was always destined for a career in the creative industry. His family has Italian, Polish, and Irish roots. After attending Manhattan's Professional Children's School, O'Connell attended New York University. Although he majored in film, Jerry also found time to compete on the fencing team. Despite his future career in acting, O'Connell actually studied screenwriting instead of drama. Jerry would later enroll in Southwestern Law School in 2009, but he dropped out in order to focus on his acting career once again.

Career: Of course, Jerry's acting career was already well established by the time he attended university. While he was still a young child, he appeared in a variety of commercials for brands like Duncan Hines cookies and Frosted Flakes. His major breakthrough as a child actor came at the age of 11 when he starred in "Stand by Me." A number of other future acting greats starred alongside him, including River Phoenix, Cory Feldman, Wil Wheaton, and Kiefer Sutherland. From the late 80s to the early 90s, he starred in the Canadian TV sitcom "My Secret Identity."

By the time he was attending NYU, Jerry was appearing in feature films like "Calendar Girl" and shows like "Camp Wilder." He then made a name for himself with the role of Quinn Mallory in "Sliders." Following his graduation from NYU in 1995, O'Connell gravitated more towards film work. Some of his most notable roles during this period were in films like "Jerry Maguire," "Body Shots," "Mission to Mars," "Tomcats," "Scream 2," and "Kangaroo Jack." He also sold his first screenplay in the late 90s. 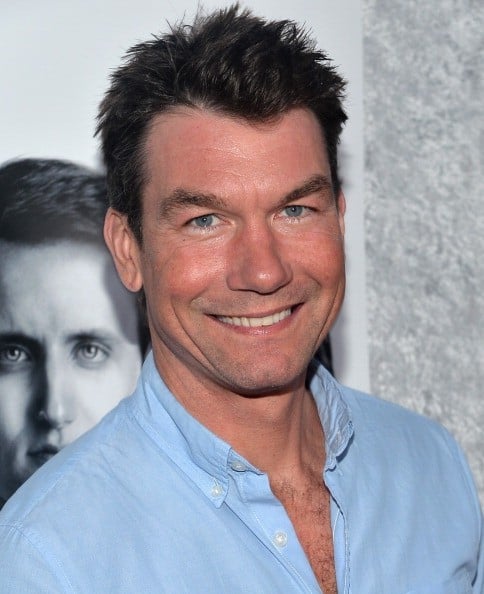 Jerry also continued his television work, booking a role as Detective Woody Hoyt in the crime drama "Crossing Jordan." He later reprised his role as Hoyt in several episodes of "Las Vegas." During this period, he also appeared alongside his fiancee at the time, Rebecca Romijn, in an episode of "Ugly Betty."

In 2005, Jerry played the role of Captain Marvel in an episode of "Justice League Unlimited." During the mid-2000s, he appeared in the series "Carpoolers." Further TV roles came with shows like "Samantha Who?," "Do Not Disturb," and "The Defenders." In 2010, he returned to the big screen with "Piranha 3D." In 2011, O'Connell switched over to theater work with a production of "Seminar" on Broadway.

In 2013, Jerry appeared in the series "We Are Men," and in 2015 he took to the Broadway stage once more with "Living on Love." Another Broadway appearance came with "A Soldier's Play." In 2020, O'Connell began appearing in commercials for Bob Evans grocery products.

Relationships: In 2007, Jerry O'Connell married Rebecca Romijn. The two remain one of the most famous couples in the entertainment industry, and Romijn is a successful actor and former model in her own right. In 2008, Rebecca and Jerry welcomed twin girls into the world. 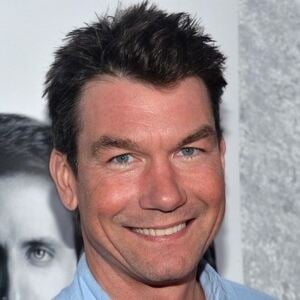