Jerry Mathers net worth: Jerry Mathers is an American television, film, and stage actor who has a net worth of $3 million. Jerry Mathers is best known for playing the young Theodore "Beaver" Cleaver on the television sitcom "Leave it to Beaver." He also appeared in episodes of such shows as "The Adventures of Ozzie and Harriet," "General Electric Theater," "Lassie," "My Three Sons," and "The War at Home." On the big screen as a child, Mathers could be seen in "This is My Love," Alfred Hitchcock's "The Trouble with Harry," and "The Shadow on the Window."

Early Life and Career Beginnings: Jerry Mathers was born in 1948 in Sioux City, Iowa, and grew up in the San Fernando Valley of Los Angeles, California. He has three siblings, including a sister and two brothers. At the age of two, he began his career by appearing as a child model in a department store advertisement. He subsequently starred in a commercial for PET Milk with vaudevillian Ed Wynn.

When he was four, Mathers appeared uncredited in the comedy Western film "Son of Paleface," and played a trick-or-treating child on a Halloween episode of the sitcom "The Adventures of Ozzie and Harriet." Shortly after, he had roles in films including "This is My Love," starring Linda Darnell and Dan Duryea; "The Seven Little Foys," with Bob Hope; and Alfred Hitchcock's dark comedy "The Trouble with Harry," in which he played a boy who stumbles upon a dead body near his home. He was also in the crime film "The Shadow on the Window," portraying a traumatized boy who witnesses his mother being terrorized.

"Leave it to Beaver": In 1957, Mathers landed his breakthrough role in "Leave it to Beaver," playing the "Beaver" Cleaver, the young son of suburban couple June and Ward Cleaver, and brother of Wally. Reportedly, Mathers got the role after he told the show's producers that he would rather be at his Club Scout meeting than at the audition, and the producers were won over by his frankness. Mathers played the character in all 234 episodes of the series, over the span of six years. He became the first ever child actor to have a deal in which he got a certain percentage of merchandising revenue from a television program.

"Leave it to Beaver" continues to be popular, airing in more than 80 countries and in 40 languages. Mathers also remains friends with Barbara Billingsley, who portrayed his mother on the show.

Education and Military Service: After becoming a teenager, Mathers briefly left acting behind so he could concentrate on his high school affairs. He went to Notre Dame High School in Sherman Oaks, California, where he was the leader of a musical band named Beaver and the Trappers. In 1966, while still in school, he joined the United States Air Force Reserve; he continued to serve after his graduation, and ended up making the rank of Sergeant. Later, in 1973, he went to the University of California at Berkeley, from which he graduated with a Bachelor of Arts degree in philosophy.

Back to Entertainment: Following stints as a commercial bank loan officer and a real estate developer, Mathers returned to acting in 1978. That year, he appeared in an episode of the television series "Flying High," and costarred with former "Leave it to Beaver" cast-mate Tony Dow in a production of the play "Boeing, Boeing" in Kansas City. Following this, Mathers toured with Dow in a production of "So Long, Stanley" for a year and a half. He worked as a disc jockey in Anaheim, California in 1981, and was also in the made-for-television fantasy film "The Girl, the Gold Watch and Dynamite," starring Philip MacHale and Lee Purcell.

Mathers reprised his role as the Beaver in the 1983 television reunion movie "Still the Beaver," which included most of the original cast. Due to the success of the film, a new series was created around the Beaver; it began airing on the Disney Channel in 1984, and was later picked up by TBS and broadcast syndication. Renamed "The New Leave it to Beaver," the series ran for 101 episodes, ending in 1989. During this time, Mathers also appeared as the Beaver in an episode of "The Love Boat."

Later Acting: Mathers' subsequent television credits in the 90s included "Married… with Children," "Parker Lewis Can't Lose," "Vengeance Unlimited," and "Diagnosis: Murder." In 2001, Mathers competed on a special episode of the game show "The Weakest Link," titled "Child TV Stars Edition"; he was voted off after the first round. In 2007, he made his debut on Broadway in the Tony-winning musical "Hairspray." Mathers starred in the leading role as Wilbur Turnblad, in a production held at the Neil Simon Theater.

Personal Life: Mathers had his first marriage in 1974 to Diana Platt, whom he had met in college. The couple divorced in 1981. Subsequently, Mathers wed Rhonda Gehring, whom he met while touring in "So Long, Stanley." They had three children: Noah, Mercedes, and Gretchen. The two divorced in 1997. Mathers was married a third time in 2011, this time to Teresa Modnick.

In 1996, Mathers was diagnosed with Type 2 diabetes. He enrolled in a Jenny Craig weight loss program the next year, and ended up losing more than 40 pounds. Consequently, he became the first male spokesperson for the brand. In 2009, he became the national spokesman for Pharmaceutical Research and Manufacturers of America and its Partnership for Prescription Assistance program. 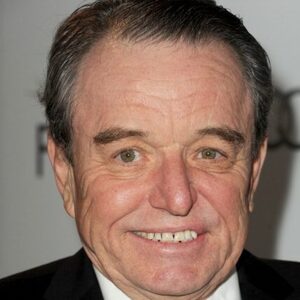