Jerome Flynn Net Worth: Jerome Flynn is an English actor and singer who has a net worth of $3 million. Jerome Flynn was born in Bromley, Greater London, England in March 1963. His television debut came in the series American Playhouse in 1985. In 1986 he appeared in the TV series Screen Two, The Monocled Mutineer, and Breaking Up.

In 1998 Flynn had a recurring role as Freddie in the TV series The Fear. In 1993 he starred as D.S. Eddie Hargreaves in the series Between the Lines. From 1991 to 1995 Flynn starred as Paddy Garvey in the television series Solider Solider. He starred as Tom McCabe in the TV series Badger form 1999 to 2000. One of his best known roles has come as Bronn in the HBO television drama series Game of Thrones since 2011. From 2012 to 2013 he starred as Detective Sergeant Bennett Drake in the TV series Ripper Street. For Ripper Street Flynn was nominated for a BAFTA TV Award for Best Supporting Actor in 2014. He has also been nominated for a Screen Actors Guild Award for Outstanding Performance by an Ensemble in a Drama Series for Game of Thrones. Flynn was also one of half of the singing duo Robson & Jerome. The duo became popular thanks to the show Solider Solider and only performed cover songs. The duo had three #1 hits and two #1 studio albums. They also had the best-selling single of 1995 with "Unchained Melody". 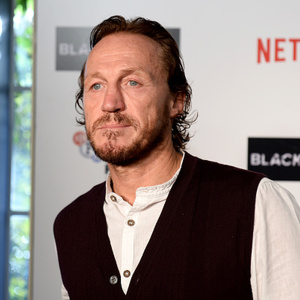