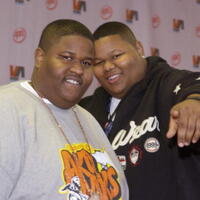 Jerod Mixon net worth: Jerod Mixon is an American actor and producer who has a net worth of $200 thousand. Jerod Mixon was born in Port Hueneme, California in May 1981. His younger brother is actor Jamal Mixon. One of his best known roles came starring as Weensie in the 2003 movie Old School. Jerod Mixon has also appeared in the films How to Be a Player, Bulworth, Beverly Hood, The New Guy, The Cookout, Steppin: The Movie, White T, and Crackula Goes to Hollywood. He has appeared in episodes of the TV series Malcolm & Eddie, Moesha, The Good News, Maya & Miguel, and Scrubs. Mixon also produced the film White T. He has also appeared in the shorts or videos House Party 4: Down to the Last Minute, Family Reunion: The Movie, What IS a Good Cookout?, Business Johnson, and Senior Skip Day. Jerod Mixon has also gone by the name Big Tyme.