What is Jeri Ryan's net worth and salary?

Jeri Ryan is an American actress who has a net worth of $20 million dollars. She began to make a name for herself with her recurring role on the short-lived series, "Dark Skies", and then became a star when she was cast as Seven of Nine on "Star Trek: Voyager". She also co-starred on the series, "Boston Public", and has appeared in multiple films.

Jeri Ryan, also known as Jeri Lynn Zimmermann, was born on February 22, 1968 in Munich, West Germany, and grew up in a military family. Her father Gerhard Florian "Jerry" Zimmerman worked as a master sergeant in the Army. Her mother Sharon was a social worker. She moved around a great deal as a child, and lived in Kansas, Maryland, Hawaii, Georgia, and Texas, in addition to overseas. After her father retired when she was eleven, her family settled in Paducah, Kentucky. She went on to graduate from Lone Oak High School in 1986, where she was a National Merit Scholar. Ryan graduated from Northwestern University with a degree in Theater, and was also crowned "Miss Illinois". She eventually finished the Miss America Pageant 1990 as 3rd Runner Up, having won the swimsuit competition and singing "On My Own" from Les Miserables for the talent portion of the competition.

She relocated to Los Angeles to pursue a career in acting, and began appearing in guest-starring roles on such television shows as, "Who's the Boss?", "The Flash", "Nurses", "Reasonable Doubts", "Time Trax", "Murder, She Wrote", "The Sentinel," and "Melrose Place". Ryan also appeared in several made-for-TV movies around this time. She finally landed a regular role on the TV series "Dark Skies," playing investigator Juliet Stuart. Although the series lasted just one season, the show had a cult following from science-fiction fans. Ryan was cast in 1997 in season four of the science fiction series "Star Trek: Voyager." She played the Borg drone Seven of Nine. After Ryan began appearing on the show, its ratings increased 60 percent. 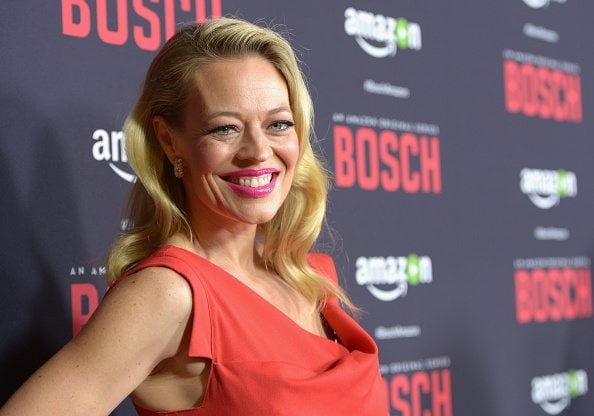 After "Star Trek: Voyager" ended its run, Ryan appeared in Wes Craven's "Dracula 2000." She then joined the cast of "Boston Public" as frustrated-lawyer-turned high-school-teacher Ronnie Cooke. The role was written specifically for her by the series producer David E. Kelley. She stayed on the show until it ended its run in 2004. Next up, Ryan took a minor role in the romantic comedy "Down with Love" and in the indie film "Men Cry Bullets." She snagged her first leading role as the last woman left on Earth in the film "The Last Man." In 2005 she appeared in a TV pilot called "Commuters." Later that year, Ryan had a recurring role on "The O.C.," in which she played Charlotte Morgan. In 2006, Ryan guest-starred on "Boston Legal" and "Shark." She then appeared in seven episodes of season two of the drama "Leverage." In 2010 she played Sonya Blade in Kevin Tancharoen's film "Mortal Kombat: Rebirth" and in 2011 began a regular starring role in the series "Body of Proof." Ryan continued to appear in guest roles in science fiction TV series such as "Warehouse 13" and "Helix." In 2019, she appeared alongside William Shatner in the horror film "Devil's Revenge." 2020 saw Ryan return to regular television with "Star Trek: Picard," where she reprised her role as Seven of Nine. For her role, she was nominated for a Saturn award for Best Guest Starring Role on Television. Also in 2020, she appeared as herself on two episodes of "Ready Room" and played Gwendolyn Hayes in the TV series "MacGyver."

Jeri met politician and future Republican US Senate candidate Jack Ryan while she was dealing blackjack at a charity event. They got married in June 1991 in Illinois. They had a son named Alex in August 1994. The couple divorced in August 1999. Jack earned a fortune working for Goldman Sachs before entering politics. According to his financial disclosures during his Senate run, Jack's net worth was in the "tens of millions" thanks to Goldman's IPO in May 1999.

Ryan began dating "Star Trek: Voyager" producer Brannon Braga and the couple became a victim of a stalking incident by Marlon Estacio Pagtakhan in 2000. Pagtakhan was convicted in May 2001 for threats to the couple and harassment. Jeri and Jack Ryan were forced to release their divorce and custody records when Ryan ran against Barack Obama in 2003 for a seat representing Illinois in the Senate.

Ryan's main hobby is gourmet cooking and while she starred in Boston Public, she used to moonlight as a chef on weekends at a Los Angeles restaurant called The House. Ryan met French chef Christophe Eme at a chef's charity event. Eme moved in with Ryan and her son Alex in San Fernando Valley. The two opened a restaurant together called "Ortolan," located on Third Street in Los Angeles. It has unfortunately since shut its doors. They have since appeared on "Iron Chef America." Ryan and Eme were married on June 16, 2007 in Loire Valley, France. They had a daughter in March 2008.

In September 1997 Jeri paid $2.473 million for a 12,600 square-foot mansion in Encino, California. She bought the home for Marc Collins Rector. Rector, the founder of internet media delivery company called Digital Entertainment Network, was indicted in August 2000 and eventually convicted of a variety of sex offenses. Jeri listed this home for sale in April 2016 for a little under $7 million. She sold the home in February 2017 for $4.95 million. 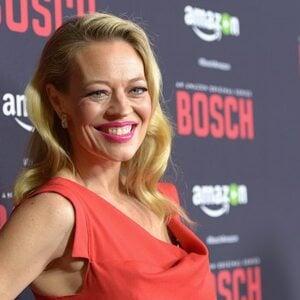