Jeremy Suarez net worth: Jeremy Suarez is an American actor who has a net worth of $700 thousand. Jeremy Suarez was born in Burbank, California in July 1990. His first roles came in 1996 starring in the movie Jerry Maguire and appearing in the television series Sister, Sister. In 1997 Suarez starred as Ryce Watkins in the TV series Built to Last.

From 1996 to 1998 he starred as Raymond Wilkes on the series Chicago Hope. Suarez starred as Jordan Thomkins in the TV series The Bernie Mac Show from 2001 to 2006. He has starred in the movies Susan's Plan, The Ladykillers, Extreme Movie, and Angry Video Game Nerd: The Movie. Suarez has done voice work for the films Treasure Planet, Brother Bear, Fat Albert, and Zambezia. He has also appared in episodes of the TV series The Wayans Bros., Beverly Hills, 90210, MADtv, and has done voice work for King of the Hill. He has been nominated for an Annie Award, two BET Comedy Awards, two Image Awards, and a Young Artist Award. 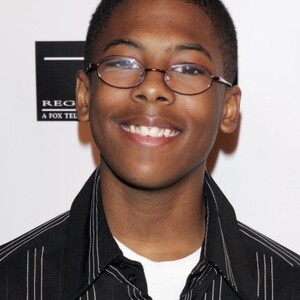