Jeremy Sisto Net Worth: Jeremy Sisto is an American actor who has a net worth of $6 million dollars. He is best known for starring on television shows like Six Feet Under, Suburgatory, Law & Order and FBI.

Jeremy Sisto was born October 6, 1974 in Grass Valley, California. He is the son of Reedy Gibbs, an actress, and father Richard "Dick" Sisto, a farmer, jazz musician and educator. Sisto's sister, Meadow Sisto, is an actress mostly known for playing Caroline in the 1992 film Captain Ron.

He is known for his recurring roles as Billy Chenowith on the HBO series Six Feet Under and Detective Cyrus Lupo on the television series Law & Order, as well as in the ABC sitcom Suburgatory. He starred in the films Jesus, Clueless, Thirteen and Wrong Turn. Aside from acting, Sisto has worked behind the scenes. In 1998, he produced the unreleased movie Taken, together with his friend Ethan Embry. He also produced the films Three Women of Pain and Paranoia 1.0. In April 2003, he started his own production company, Dima Entertainment.

n 2006, he appeared on Broadway in Festen and that same year, he starred in the short-lived NBC drama series Kidnapped. In July 2007, Sisto was featured in the Maroon 5 video for the song Wake Up Call where he played a man who was sleeping with the girlfriend of Adam Levine. He voiced Batman in the direct-to-video movie Justice League: The New Frontier.

On August 30, 1993, Sisto married actress Marisa Ryan in Las Vegas, Nevada and the couple divorced in 2002. On June 5, 2009, Sisto and girlfriend Addie Lane had a daughter, Charlie Ballerina. Sisto and Lane married in October 2009 at City Hall in New York City. On March 9, 2012, Sisto and Lane had their second child, a boy they named Bastian Kick Sisto.

Real Estate: In 2013 Jeremy paid $2.45 million for a home in the Hollywood Hills. He and his wife began renovating the house but at some point decided to stop. In July 2020 they listed the home for sale for $2.4 million, ultimately selling for $2.57 million. 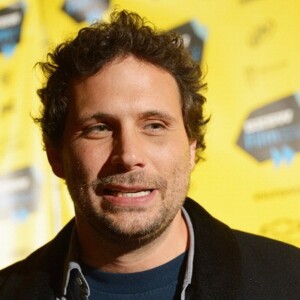