How much is Jeremy Shada Worth?

Jeremy Shada Net Worth: Jeremy Shada is an American actor who has a net worth of $500 thousand dollars. Jeremy Shada was born January 21, 1997 in Boise, Idaho. He is best known for his work as the voice of Finn the Human from the American animated television series Adventure Time and his various characters in the sketch-comedy series, Incredible Crew, which both air on Cartoon Network. Jeremy Shada began acting at the age of seven soon after moving to Los Angeles with his family. He was inspired to act by his older brother Zack Shada. Jeremy Shada initially appeared in commercials then began auditioning for voice acting and theatrical performances. His first live action theatrical role was as Young Kurt Diamond in No Rules. He has since appeared in the role of Charlie Pace in childhood flashbacks on Lost. In 2009, Jeremy Shada's agent approached him with the idea of auditioning for the role of Finn. Zack Shada, Jeremy's brother, had been the original voice of Finn in the pilot episode of Adventure Time three years before. After viewing the pilot on YouTube, Jeremy was able to match the voice of his brother Zack in auditions with Adventure Time's creator Pendleton Ward and the show's producers, earning him the Finn role. In 2012, Shada joined the cast of Nick Cannon's sketch-comedy series, Incredible Crew. In June 2012, to promote Incredible Crew's 2013 premiere, Cartoon Network released a music rap video entitled Running Errands with My Mom which features Jeremy Shada performing and rapping the lyrics. The video has since generated over a million views. Because of his acting schedule, Jeremy was homeschooled, indicating that he graduated from high school early in May of 2013. On July 21, 2014, Jeremy Shada announced that he is a member of Los Angeles-based pop punk band Make Out Monday. The band also consists of Jeremy's brother Zack Shada and friends Logan Charles, John Spicer and Seth Renken. 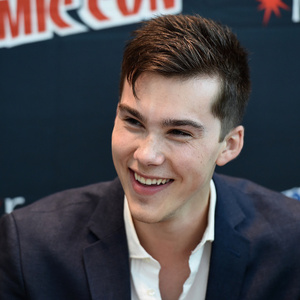