What is Jeremy Renner's net worth and salary?

Jeremy Renner is an American actor, musician, and songwriter who has a net worth of $80 million. He is perhaps best known for his roles in "The Hurt Locker," for which he received an Academy Award nomination for Best Actor, "The Town," for which he was nominated for the Academy Award for Best Supporting Actor, and for playing Hawkeye in Marvel's "The Avengers."

Jeremy Lee Renner was born in Modesto, California on January 7, 1971, to Valerie and Lee Renner. His father ran a bowling alley in Modesto during the 1980s. His parents divorced when Jeremy was 10. He is the oldest of seven siblings.  Renner graduated from high school in 1989. He attended Modesto Junior College, where he initially studied computer science and criminology. He took a drama class as an elective and decided to pursue acting.

Jeremy Renner is an accomplished character actor known for his string of anti-hero roles. He made his film debut as an  in the critically panned 1995 comedy "National Lampoon's Senior Trip." As Renner's acting career got off the ground, he made ends meet by working as a makeup artist.  Throughout the early 2000s, Renner appeared in a number of films, television shows, music videos, and television movies. He received critical acclaim for his role as serial killer Jeffrey Dahmer in the film "Dahmer" in 2002. He was nominated for Best Lead Male for that role at the Independent Spirit Awards. Other projects from this time period include "S.W.A.T.," "The Heart Is Deceitful Above All Things," "A Little Trip to Heaven," "North County," "12 and Holding," "Neo Ned," "Love Comes to the Executioner," "The Assassination of Jesse James by the Coward Robert Ford," and "28 Weeks Later."

Then in 2009, Renner appeared in the critically acclaimed film "The Hurt Locker" as bomb disposal expert Sergeant William James. This role brought him his first Oscar nomination for Best Actor. His performance in the Ben Affleck film "The Town" in 2010 brought him further acclaim, including a second Oscar nomination and his first Golden Globe nomination. In 2011, Renner took over the Bourne franchise from Matt Damon with "The Bourne Legacy." In 2013, he was part of the cast of "American Hustle," which won the Screen Actors Guild Award for Outstanding Performance by a Cast in a Motion Picture.

In 2015, Renner took on the role of Hawkeye in  "Avengers: Age of Ultron,"  Renner played Hawkeye again in  "Captain America: Civil War"  and "Avengers: Endgame."

When Jeremy was nominated for an Academy Award for his role in "The Hurt Locker," he was living in a tent in the master bedroom of one of his projects. He did not have running water or electricity on the day he put on his tuxedo to attend the ceremony.

Renner is a fan of the San Francisco 49ers. 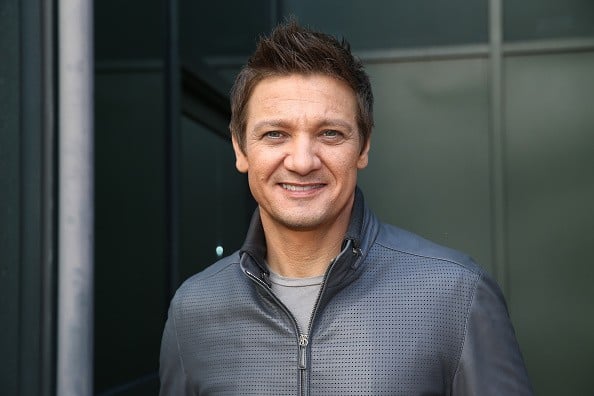 In 2019, Renner's ex-wife Sonni Pacheo revealed that Renner allegedly put a gun in his mouth and threatened to kill himself. He ended up shooting the gun into the ceiling while his young daughter was in a bedroom elsewhere in the house.

In July 2020, Renner's ex-wife Sonni Pacheo requested that he be drug tested to ensure the safety of their daughter. The 29-year-old model accused her 49-year-old ex-husband of having a "long history of alcohol and drug abuse which has persisted since before the parties' marriage, through divorce and post-judgment," according to court documents. She to see results from a drug test Renner took in February that he claims were negative.

Pacheo also claimed that Renner is not adhering to proper social distancing guidelines and brings "several young women" over to hang out with him regularly. The court documents reveal that someone on Instagram anonymously tipped Pacheo off about Renner's Fourth of July party at his Lake Tahoe area mansion. The documents read: "In these messages, this person told me that Jeremy was having people over at his Reno house and that nobody was wearing masks. The above party sent me numerous Instagram posts showing people at Jeremy's Reno house including several young women. This person also sent me screenshots of young women announcing they were in Lake Tahoe  and wearing t-shirts that say "Camp Renner." They are not wearing masks in the photos."

Renner denies all charges against him and alleges his ex is simply trying to get more money out of him.

Jeremy leads somewhat of a double life. When he is not acting, he's flipping homes in Los Angeles and has perhaps made more money from real estate than he has from acting paychecks. To date, he has flipped more than 25 houses in the Los Angeles area. As he has progressed in his career, so have the homes.

Jeremy first started flipping homes to support himself as he tried to make it in Hollywood with longtime friend Kristoffer Winters. In the early 2000s, they focused on $500-600,000 modest homes in L.A,'s San Fernando Valley. They would aim to flip the homes for $800-900,000. Fast forward a decade to 2013, Jeremy and Kristoffer flipped a single home for $24 million. They paid $7 million for the home and then poured $10 million into renovation costs, for all-in $17 million. That's a $7 million profit on this one sale. The buyer was British property developer Christian Candy.

Jeremy's primary personal residence, partially for tax purposes, is a six-acre property near Lake Tahoe in Nevada. He also owns a home in Los Angeles. 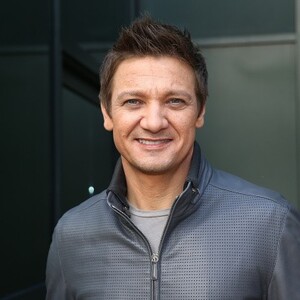