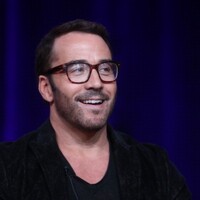 What is Jeremy Piven's Net Worth and Salary?

Jeremy Piven is an American film producer and actor who has a net worth of $30 million dollars. Jeremy Piven is probably most famous for his role as Ari Gold on the HBO series, "Entourage", for which he won multiple Emmy Awards.

He was born Jeremy Samuel Piven on July 26, 1965, in Manhattan, New York City. His parents are Byrne Piven and Joyce Hiller Piven, both actors and drama teachers. His sister is director Shira Piven. Through Shira, Jeremy's brother-in-law is director Adam McKay.

The Pivens grew up in Evanston, Illinois where Jeremy graduated from Evanston Township High School. He trained at the Piven Theatre Workshop, which was founded by his parents.

Piven honed his acting skills at Drake University in Des Moines, Iowa, before departing after his sophomore year to attend New York University's Tisch School of the Arts. He left Tisch his senior year to pursue a career in acting.

Piven appeared in a number of films with John Cusack, who is also from his hometown of Evanston and attended the Piven Theatre Workshop. One of his early roles was as Spike in 1986's  "Lucas".

Piven didn't land his own major role until 1992 when he became a regular cast member on HBO's "The Larry Sanders Show". He played the role of the head writer Jerry. However, he left the show after season two, citing that the character was not given enough background. In 1993, he portrayed George Costanza on the "show-within-a-show" scene in the episode "The Pilot" of "Seinfeld." Piven played the recurring role of Ellen Degeneres' cousin Spence on the last three seasons of her sitcom "Ellen." Piven also starred and produced the short-lived ABC dramedy "Cupid."

He has since steadily worked both on stage and screen, spending more than 20 years of his career in supporting roles. It's beyond any doubt that he became a familiar face to movie-goers in that period, but he was never considered a box-office draw until his successful gig on "Entourage." His incredible performance on the show instantly made him a TV star in 2004. He kept on impressing audiences as Ari Gold throughout the show's entire run and the "Entourage" movie. For his work on the series, he received five Emmy nominations for Best Supporting Actor from 2005-2008, and he won the award in 2006, 2007, and 2008. 2009 was the only year of the show's run that Piven did not receive an Emmy nomination. Piven also received Golden Globes for five straight years for his work on the show, and he clinched the win in 2008.

He has appeared in numerous other TV and film projects, including voicing the Elongated Man on "Justice League Unlimited." His other notable films include "Grosse Pointe Blank," "Very Bad Things," "Black Hawk Down," "Old School," "Rush Hour 2," and "Cars." Piven played the title role in the British television drama series "Mr. Selfridge" from 2013-2016. The semi-fictional story based on the life of Harry Selfridge (who founded the famous London department store Selfridge's) aired on ITV in the UK and PBS in the United States. 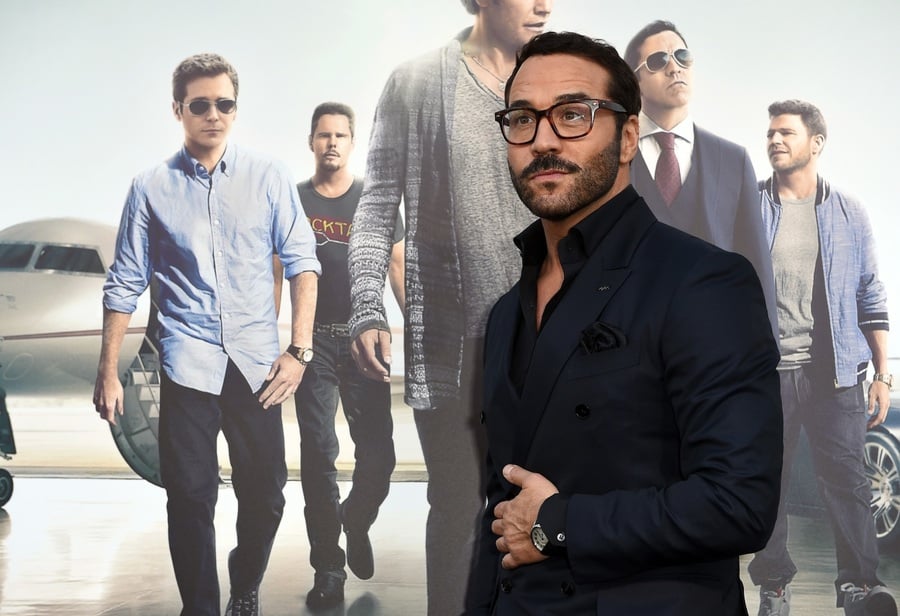 Piven appeared in the 2007 video for rapper Common's single "Drivin' Me Wild." The two had been co-stars in "Smokin Aces" and they were reunited when Piven hosted "Saturday Night Live" in January 2007.

Piven appeared in David Mamet's "Speed the Plow," the first Broadway revival of the place. The production opened in October 2008 and was set to run for nearly a year and a half. However, Piven missed several performances, and on December 17, 2008, his agent announced that due to an undisclosed illness that Piven would be ending his run in the play.

Reality TV personality Ariane Bellamar made accusations via Twitter in October 2017 that Piven had groped her. Cassidy Freeman came to Bellamar's defense via Instagram when she alluded to her own disturbing past with Piven, who the actress claims engaged in predatory behavior toward her. A week later, advertising exec Tiffany Bacon Scourby alleged Piven had sexually assaulted her in 2003. Later that month, an extra from "Entourage" Anastasia Taneie alleged that Piven had sexually assaulted her. On November 27, 2017, CBS pulled the plug on "Wisdom of the Crowd", which Piven had been the star of, in light of the allegations as well as bad ratings. In January 2018, Buzzfeed published an article in which three more women accused Piven of sexual misconduct or inappropriate behavior. Buzzfeed News corroborated the stories with eight people who said the women had shared the encounters with them. Piven again denied all allegations.

The undisclosed illness that caused him to miss the run of "Speed the Plow" was revealed to be hydrargyria, which is caused by high exposure to mercury. Rumors have indicated it was likely caused by Piven's habit of twice daily fish consumption.

How much did Jeremy Piven make per episode of Entourage? At his peak, his salary per episode was $350,000. During his eight seasons as a lead performer on Entourage, Jeremy earned a total of at least $15 million. He then earned $2 million to appear in the 2015 Entourage movie, bringing his total earnings from the series to $17 million.

In 2004 Jeremy bought a beachfront home in Malibu for $3.5 million. In 2017 he listed the home for sale for $10.5 million. He lowered the price a year later to $9 million. He finally sold the house in February 2019 for $6.6 million. Around the same time he sold a duplex penthouse in New York City's Tribeca neighborhood for $7.8 million. He purchased that property in 2011 for $4.7 million. In 2017 he purchased what is today his primary residence, a $6.8 million home above Laurel Canyon in Los Angeles.