Jeremy Jackson net worth and salary: Jeremy Jackson is an American actor and singer who has a net worth of $300 thousand. The Californian-born heartthrob is most famous from his role on the long-running TV show, Baywatch. At the age of seven, Jeremy landed a commercial for Mattel. He went on to do other commercials and appeared on the daytime show "Santa Barbara". Jackson also appeared in The Wonder Years and Thunder Alley and appeared in feature films, including The Balkin Trail (alongside fellow Baywatch star David Hasselhoff).

In the 90's Jackson was also a successful pop star. He was very popular in Europe and the United States. At the age of thirteen, he recorded first album under Hasselhoff's record label, Hasselhits. The first album did relatively well, as his single (You Can Run), reached number four in Holland and was closely followed by a top ten hit with another single, French Kiss. Jackson went on to produce several albums including Number One (1994) and Always (1995).

In 1991, Jackson landed his most memorable role as the lovable Hobie Buchannon in Baywatch, replacing actor Brandon Call. During his time on Baywatch, Jackson became addicted to drugs and alcohol, which led to his departure from show in 1999. It was his arrest in a drug raid that made Jackson kick his addiction and remain clean for a decade. However the former child star gave into another addiction: this time it was steroids. In 2011, Jackson appeared on VH1's reality show, Celebrity Rehab With Dr Drew in a bid to address the reason for the new addiction. Jackson also appeared in VH1's Confessions of a Teen Idol, where he tried to jump start his career. In one episode, he revealed that he actually beat out Leonardo DiCaprio for the role of Hobie Buchannon in Baywatch. 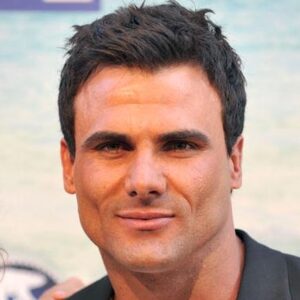