Jeremy Irons net worth: Jeremy Irons is an English actor who has a net worth of $16 million dollars. Born in Cowes, Isle of Wight, England, UK, Jeremy Irons attended the Bristol Old Vic Theatre School after finishing high school, and went on to perform with the school's company for many years.

In 1971, he was cast in their production of "Godspell", and gained widespread attention. This led to work on film and television. Since then, he has gone back and forth between film, television, and theater work almost continuously. He has been seen in such theater productions as, "Much Ado About Nothing" (Young Vic), "The Rear Column" (Globe Theatre), and "Never So Good" (National Theatre). He has appeared on such television shows as, "Love for Lydia", "Moonlighting", "Longitude", and "The Borgias". He has also starred in such films as, "The Mission", "Dead Ringers", "Reversal of Fortune", for which he won an Oscar, and "Beautiful Creatures". 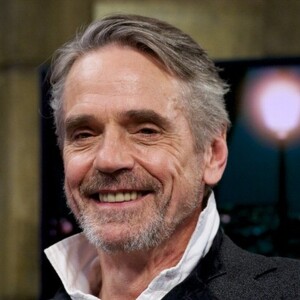