Jeremy Davies Net Worth: Jeremy Davies is an American actor who has a net worth of $3 million dollars. Jeremy is probably best-known for starring in movies like "Saving Private Ryan" and TV shows like "Justified" and "Lost"

Jeremy Davies Boring was born in Traverse City, Michigan, on October 8, 1969. Jeremy went to the American Academy of Dramatic Arts in California. By the early '90s, he scored his first acting gigs, appearing on "The Wonder Years", "Shoot First: A Cop's Vengeance", "1775", and "Guncrazy".

In 1998 Davies landed the part that made him a Hollywood name, playing Timothy E. Upham in Steven Spielberg's "Saving Private Ryan" alongside Tom Hanks, Edward Burns, Matt Damon, and Tom Sizemore. That appearance led to Davies scoring roles in "Solaris", "CQ", "Secretary", and "Helter Skelter". He landed a recurring role on ABC's hit series "Lost" during the show's fourth and fifth seasons with several appearances during the sixth season. Davis portrayed Daniel Farady, a physicist with amnesia who finds his way onto the island. Afterward, Davies earned his first Emmy Award for Outstanding Guest Actor in a Drama Series for his part as Dickie Bennett on "Justified". Davies' other TV and film credits include "Spanking the Monkey", "It's Kind of a Funny Story", "Rescue Dawn", "General Hospital", "Melrose Place", "Constantine", "Animal Love", "Death and Taxes", "The Locusts", "Going All The Way", "Twister", and "Hannibal". 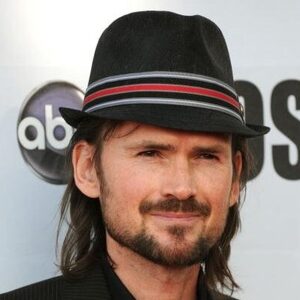