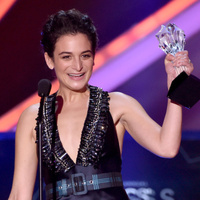 Jenny Slate Net Worth and Salary: Jenny Slate is an American actress, stand-up comedian, writer, and producer who has a net worth of $6 million. Slate was a Saturday Night Live cast member from 2009 to 2010, and she played Mona-Lisa Saperstein on the NBC series "Parks and Recreation" (2013–2015) and Sarah Guggenheim on Showtime's "House of Lies" (2013–2015).

Early Life: Jenny Slate was born Jenny Sarah Slate on March 25, 1982, in Milton, Massachusetts. Her mother, Nancy, was a housewife/ceramicist, and her father, Ron, was EMC Corporation's vice president of global communications and CEO of a biotech/life sciences start-up. Ron has published the poetry books "The Incentive of the Maggot" and "The Great Wave," and in 2016, he co-wrote the memoir "About the House" with Jenny. Slate grew up in a Jewish household with older sister Abigail and younger sister Stacey, and she was the valedictorian at Milton Academy. After high school, Jenny majored in literature at Columbia University, where she helped form an improv group called Fruit Paunch and met her future comedy partner Gabe Liedman. Slate graduated from college in 2004, earning degrees in English and Comparative Literature.

Career: Slate and Liedman formed the comedy duo Gabe & Jenny, and "Time Out New York" named their "Big Terrific" stand-up show with Max Silvestri the best new variety show of 2008; they stopped performing "Big Terrific" in 2015 because of their busy schedules. In 2008 and 2009, Jenny regularly performed "Jenny Slate: Dead Millionaire," her one-woman show, at New York City's Upright Citizens Brigade Theatre, and in 2009, she had a recurring role in the "Late Night with Jimmy Fallon" sketch "7th Floor West." That year she also appeared on "Important Things with Demetri Martin," "Brothers," and "Bored to Death" and joined the cast of "Saturday Night Live," accidentally dropping an F-bomb during her first episode. In 2010, Slate co-wrote the animated short film "Marcel the Shell with Shoes On," and she followed it with "Marcel the Shell with Shoes on, Two" in 2011 and "Marcel the Shell with Shoes On, Three" in 2014; she also provided the voice of Marcel. Around this time, she appeared in the films "Alvin and the Chipmunks: Chipwrecked" (2011) and "This Means War" (2012), and she voiced Mrs. Wiggins in "The Lorax" (2012). 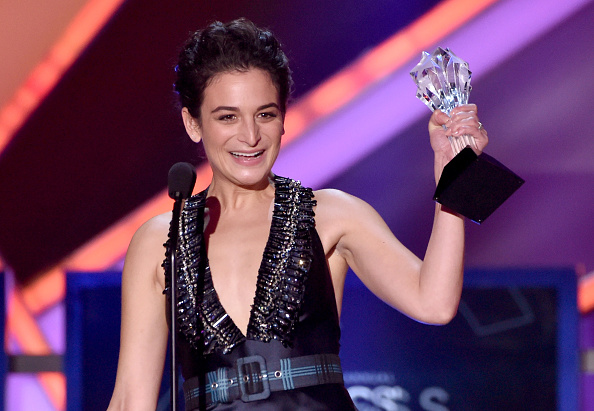 In 2012, Jenny began voicing Tammy Larsen on "Bob's Burgers," and in 2013, she landed recurring roles on "Parks and Recreation" and "House of Lies." In 2014, she produced and starred in the critically-acclaimed film "Obvious Child," co-starred with Jason Bateman and Olivia Wilde in "The Longest Week," began playing Jess on the FX series "Married," and guest-starred on "Brooklyn Nine-Nine." In 2016, she voiced Dawn Bellwether in "Zootopia" and Gidget in "The Secret Life of Pets," which grossed $1.024 billion and $875.5 million at the box office, respectively; she reprised the role of Gidget in 2019's "The Secret Life of Pets 2." In 2017, Slate appeared in the films "Landline," "The Polka King," "Gifted," and "Aardvark," and she voiced Harley Quinn in "The Lego Batman Movie" and Valerie Da Vinci in "Despicable Me 3." She also began voicing Missy Foreman-Greenwald and various other characters on the Netflix series "Big Mouth," but in June 2020, she gave up the role of Missy, saying "At the start of the show, I reasoned with myself that it was permissible for me to play Missy because her mom is Jewish and white — as am I. But Missy is also Black and Black characters on an animated show should be played by Black people."

In 2018, Jenny co-starred with Jodie Foster and Jeff Goldblum in "Hotel Artemis," began voicing Miss Nanny on "Muppet Babies," and played Dr. Dora Skirth in the Marvel film "Venom," which grossed $856.1 million worldwide. She produced and starred in the 2019 film "The Sunlit Night" and co-starred with Bill Murray and Rashida Jones in "On the Rocks," and she did voice acting on "The Simpsons" (2019), "Elena of Avalor" (2020), and "The Great North" (2021). Slate had her own Netflix stand-up special, "Jenny Slate: Stage Fright" in 2019, and she appeared in The Lonely Island's Netflix special, "The Unauthorized Bash Brothers Experience," that year; she previously starred in The Lonely Island's 2009 music video for "Threw It On the Ground."

Personal Life: Jenny married filmmaker Dean Fleischer-Camp on September 15, 2012, and they divorced in 2016. Slate began an on-again, off-again relationship with actor Chris Evans in May 2016, and they split up in March 2018. In September 2019, Jenny became engaged to art curator Ben Shattuck, and she revealed that they were expecting a child on "Late Night with Seth Meyers" in December 2020. The couple welcomed daughter Ida Lupine later that month, and Slate has said, "I can say, without a doubt, that motherhood is for sure the most meaningful thing that has ever happened to me. I feel really lucky and happy."