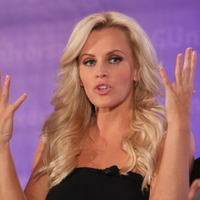 What is Jenny McCarthy's Net Worth And Salary?

Jenny McCarthy is an American model, Playboy Playmate, television host, actress, author, and activist who has a net worth of $25 million. That is a combined net worth with her husband since 2014, Donnie Wahlberg.

Jenny Ann McCarthy was born on November 1st of 1972 in a Chicago suburb. McCarthy was raised Catholic among three sisters in a working-class family. She attended an all-girl Catholic high school called Mother McCauley Liberal Arts High School and joined the cheerleader squads of other nearby Catholic schools. She later stated that she was bullied at school and felt like an outcast. After graduating, she attended Southern Illinois University for two years. Jenny McCarthy is actress Melissa McCarthy's cousin.

When McCarthy was 21 years old, Playboy magazine offered her $20,000 to pose nude for them. She accepted. Although thousands of other girls applied for the opportunity, Jenny McCarthy was supposedly chosen because of her "wholesome" Catholic image. She also wore her school sweater from her Catholic girl's school in the photoshoot, and there was a strong "schoolgirl" theme throughout.

McCarthy came from a tight-knit Catholic community, and word soon got out about her work with Playboy. Jenny McCarthy was berated and threatened with eternal damnation from nuns – some of which were her family members. Her house was repeatedly "egged," and she was the subject of considerable abuse at school.

Nonetheless, McCarthy experienced considerable success through Playboy, and later became "Playmate of the month." With this new title came an impressive $100,000 salary. With support from Playboy, she moved to Los Angeles to host one of their TV shows, Hot Rocks. In 1995, Jenny McCarthy caught MTV's attention, as they wanted her to be the co-host of their new dating show, Singled Out. That year, she also made a well-received appearance at WrestleMania. After a small role in a film called The Stupids, Jenny McCarthy took a major step forward in her television career. First, she launched a show called The Jenny McCarthy Show. This comedy sketch show was so popular and successful that NBC wanted to get in on the action, giving her a sitcom called Jenny later in 1997. Throughout this period, Jenny McCarthy was still modeling for Playboy, and she made waves after appearing on the cover of the September issue of the magazine in '97.

The now-famous Playmate turned her attention toward film next, taking a major role in BASEketball, a generally ill-received and simplistic comedy. Next, she starred in Diamonds, a 1998 horror film. In 2000, she appeared in Scream 3, a film that received low ratings compared to the first two films. She later parodied herself in Scary Movie 3 in 2003. Although many of her films received fairly negative reviews, her biggest flop by far was 2005's Dirty Love. The film was directed by John Asher, McCarthy's husband at the time, and it earned her Razzie Awards for Worst Actress, Worst Screenplay, and Worst Picture. Jenny McCarthy had written, produced, and starred in the film. 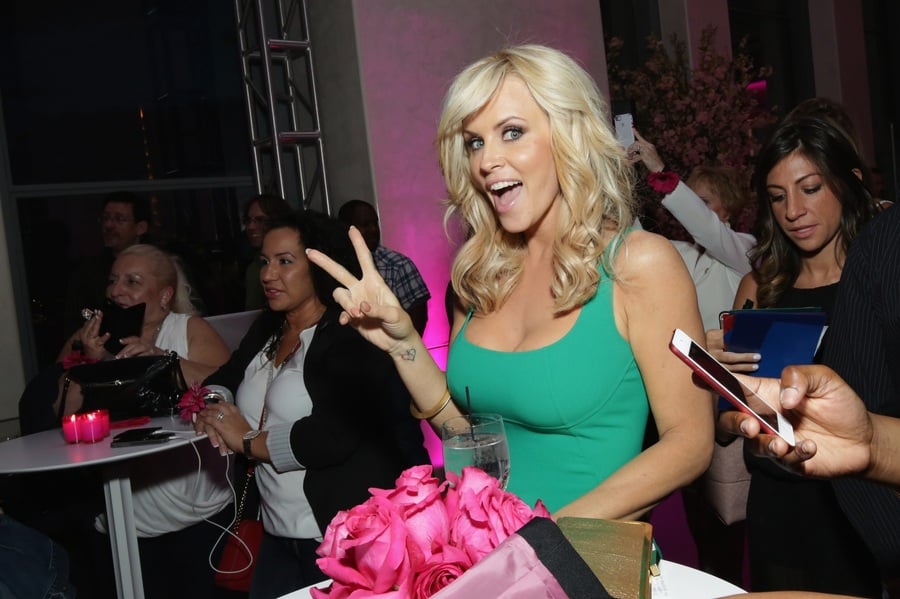 Jenny McCarthy continued to work with Playboy on and off over the next few years. As well as modeling, she also worked as a photographer for the publication. In 2007, she was the focus of an online series called In the Motherhood. In 2010, she became a correspondent for Dick Clark's New Year's Rockin' Eve for ABC. She joined Ryan Seacrest for the special television broadcast each New Year's Eve for the next ten years. In 2012, McCarthy became the host of Love in the Wild, a reality/dating show. That year, she also posed for Playboy once again after admitting she wanted to do it one last time before she turned 40.

In 2013, she became a new co-host for ABC's The View. She had previously appeared on the show a number of times, and critics praised her energetic and playful approach. In 2014, it became clear that ABC was not planning to renew McCarthy's contract, although she denied being fired from the show. In 2019, Jenny McCarthy joined The Masked Singer as a panelist.

Jenny McCarthy frequently appeared as a guest star on a range of TV shows, including Stacked, The Drew Carey Show, Fast Lane, and Two and a Half Men. Jenny McCarthy has also appeared in two video games. She appeared in Red Alert: Command and Conquer 3 and she also created her own fitness video game called Your Shape Featuring Jenny McCarthy.

After she had truly broken into the entertainment world in 1997, Jenny McCarthy released her first book called Jen-X: Jenny McCarthy's Open Book. The novel detailed her journey from Playboy into "show biz." A series of two books under the name Belly Laughs came next. In total, Jenny McCarthy has released nine books over the course of her career, including Healing and Preventing Autism, which was co-written with Dr. Jerry Kartzinel. Her most recent book, Bad Habits: Confessions of a Recovering Catholic, was released in 2012.

Since 2007, Jenny McCarthy has become somewhat of a controversial figure due to her stance on vaccinations and autism. She has argued that vaccines can trigger autism. In 2011, she stated that her son had been cured of autism thanks to a risky procedure called chelation therapy. In 2008, McCarthy returned to the WWE after a long absence to thank fans for supporting Generation Rescue, an organization that argues autism can be triggered by vaccinations.