How much is Jennifer Westfeldt Worth?

Jennifer Westfeldt net worth: Jennifer Westfeldt is an American actress/writer/producer who has a net worth of $5 million. Jennifer Westfeldt was born on February 2, 1970 in Guilford, Connecticut. She is perhaps best known for her role in the 2001 hit indie film Kissing Jessica Stein. Her Tony nomination for Wonderful Town and the success of her 2012 film Friends with Kids, in which she starred, produced and made her directorial debut, have also earned her much notoriety. She attended Yale University where she sang with the university's oldest coed 'a cappella' group Redhot & Blue (also called Redhot). Her acting career began in New York where she starred in approximately twenty-five Off-Broadway and regional productions. In 1977, the year Westfeldt moved to Hollywood, the Off-Broadway play she co-wrote and starred in (with Heather Juergensen) called Lipschtick caught the attention of Hollywood studios. The play was made into the movie Kissing Jessica Stein and also starred Jennifer Westfeldt and Heather Juergensen. In 2004, Westfeldt starred opposite Paul Schneider in the film How to Lose Your Lover.

Her other credits include writing, producing and starring (alongside Chris Messina) in Ira and Abby, which premiered June 2006 at the Los Angeles Film Festival and was released in 2007 through Magnolia Pictures. Westfeldt won Best Actress at the HBO U.S. Comedy Arts Festival for her portrayal of Abby and the film also won the Jury Prize for Best Feature. Ira and Abby garnered the Audience Award for Best Feature at the Los Angeles Film Festival and the Audience Award at The Boston Jewish Film Festival. Westfeldt has appeared in a variety of television productions such as Judging Amy, Grey's Anatomy and Numb3rs. Jennifer Westfeldt was in a long-term relationship with fellow actor Jon Hamm, who also appeared in her film Friends with Kids. In September 2015, Jennifer and Jon announced that they were separating after 18 years together. 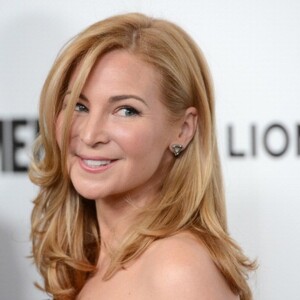