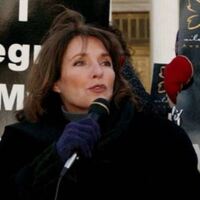 Jennifer O'Neill net worth: Jennifer O'Neill is a Brazilian American actress, model, author, and speaker who has a net worth of $10 million. Jennifer O'Neill was born in Rio de Janeiro, Brazil in February 1948. She was a model for CoverGirl cosmetics in television commercials and ads. As an actress she starred as Lady Bobbi Rowan on the television series Bare Essence in 1983 and as Danielle Reynolds on the TV series Cover Up from 1984 to 1985. Jennifer O'Neill also appeared in several films including For Love of Ivy, Rio Lobo, Summer of '42, Such Good Friends, The Carey Treatment, Lady Ice, The Flower in His Mouth, The Innocent, The Psychic, A Force of One, Steel, Scanners, I Love N.Y., The Prince and the Surfer, Last Ounce of Courage, I'm Not Ashamed, and more. Jennifer O'Neill has been married nine times to eight husbands including Jeff Barry. She is an author who wrote From Fallen To Forgiven.