Jennifer Love Hewitt net worth and salary: Jennifer Love Hewitt is an American film/TV actress, singer-songwriter, and producer who has a net worth of $22 million. She first became famous on the drama series "Party of Five". She was a popular film actress in the 1990s and starred on various series from the early 2000s on, including "The Ghost Whisperer" and "The Client List".

Early Life: Jennifer Love Hewitt was born February 21, 1979 in Waco, Texas to Patricia Mae and Herbert Daniel Hewitt. Hewitt was raised in Nolanville in Central Texas. Her parents got divorced when she was young, and Hewitt and her older brother were raised by their mother. She got her start in the entertainment industry while still a child when she began appearing in TV commercials. She was attracted to music from a young age and at age three she sang "The Greatest Love of All" at a local livestock show. At age four, she entertained audiences at a restaurant dance hall with her version of "Help Me Make it Through The Night." By age five, she was a dancer, and at age ten, after she won the Texas "Our Little Miss Talent" pageant, she and her mother moved to Los Angeles to pursue a career in acting and singing. She attended Lincoln High School where she met Jonathan Nelville, a future talent scout who would go on to recommend Hewitt for her breakthrough role in "Party of Five."

Early Career: During high school, Hewitt appeared in dozens of TV commercials before landing a spot on the Disney Channel's variety "Kids Incorporated." Her performance earned her, as a member of the overall cast, three Young Artist Award nominations. A year later, she had her first starring film role in "Little Miss Millions." She also had a brief appearance in "Sister Act 2: Back in the Habit." Jennifer later had parts in a few short-lived television series such as "Shaky Ground", "The Byrds of Paradise", and "McKenna."

Success: Love Hewitt catapulted to fame a few years later when she landed a featured role playing Sara Reeves Merrin on Fox Network's "Party of Five" in 1995. She was originally cast for just a nine-episode arc, but reception from audiences and critics was so overwhelmingly positive that she became a series regular. She continued to play Sara until the show's sixth and final season in 1999. Jennifer received nominations for a Kids' Choice Award, a Teen Choice Award, and a YoungStar Award for her performance on "Party of Five."

The role that led to stardom came in 1997 when she appeared in the hit movie "I Know What You Did Last Summer." She played Julie James and starred opposite a nineties dream team consisting of Sarah Michelle Gellar, Ryan Phillippe, and Freddie Prinze Jr. The movie made $125 million across the globe. Jennifer reprised her role in 1998's sequel "I Still Know What You Did Last Summer". It was not as successful as the first film, however, it did rake in more money on its opening weekend.

Next up, Hewitt starred as popular girl Amanda Beckett in 1998's hit teen comedy "Can't Hardly Wait". In 1999, Hewitt starred in and produced a "Party of Five" spin-off titled "Time of Your Life", which followed her character's move to New York City. Even though Jennifer was enjoying massive popularity at the time, the show was cancelled after only half the season had aired.

Jennifer continued steady film work throughout the early 2000s, earning solid reviews in movies like "The Audrey Hepburn Story" and "Garfield." Jennifer snagged the leading role on "The Ghost Whisperer", and played her character for the show's entire run from 2005-2010. She starred as Riley Parks on the television series "The Client List" from 2012 to 2013. From 2014 to 2015 she starred as Kate Callahan on the TV series "Criminal Minds". In 2018 she began starring on the Fox series "9-1-1". Jennifer Love Hewitt has received many accolades during her career to date. She was named The World's Sexiest Woman in 1999 by Maxim magazine and The Sexiest Woman on TV by TV Guide in 2008. She has also won the Saturn Award – in 2007 and 2008 – as The Best Actress on TV. 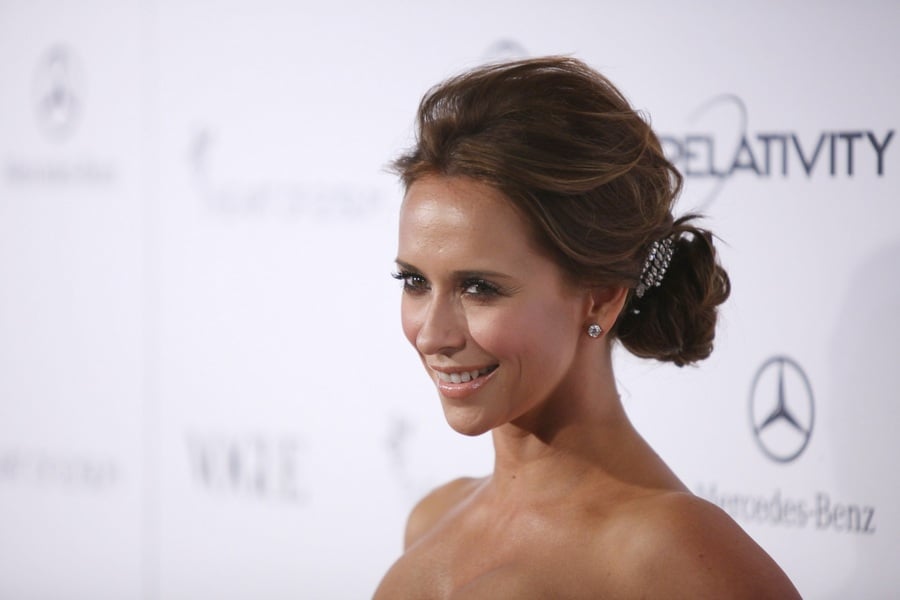 Music Career: Jennifer Love Hewitt has also enjoyed success as a vocalist. As a singer she released her debut studio album "Love Songs" in 1992. She also released the album "Let's Go Bang" in 1995 and her self-titled album in 1996.  Her album "How Do I Deal," released in 1999, reached Number 59 on the Billboard Top 100. The single of the same title also appeared on the soundtrack for "I Still Know What You Did Last Summer". Love Hewitt was signed to Jive Records and she released the album "BareNaked" in 2002, which had some success, as did her single of the same name. The second single, "Can I Go Now", failed the chart in the U.S. but found some success in the Netherlands and Australia. Since 2004, Jennifer has remained largely inactive in the music scene.

Personal Life: Hewitt had several high-profile relationships throughout her early career. Among those she dated include Joey Lawrence, Carson Daly, Patrick Wilson, and John Mayer. Hewitt began dating Scottish actor Ross McCall after he made an appearance on "Ghost Whisperer." They became engaged in November of 2007, however, Hewitt called off the engagement in late 2008. Hewitt married actor Brian Hallisay in 2013. The two met on the set of "The Client List". They have two children, Autumn James (b. November 2013) and Atticus James, born in June 2015.

Real Estate: For many years at the peak of her late 1990s fame, Jennifer lived in an LA neighborhood called Toluca Lake. She owned at least three homes over the years in Toluca Lake including one she sold in 2006 to Hillary Duff for $1.7 million. A different Toluca Lake house was bought for $5.5 million in 2006 and sold at a loss in 2014 for $4.1 million. The buyer in this case was Jessica Simpson's mother Tina. 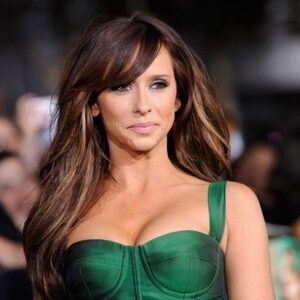