What is Jennifer Grey's Net Worth?

Jennifer Grey is an American actress who has a net worth of $10 million. Grey is best known for starring as Frances "Baby" Houseman in "Dirty Dancing" (1987) and Jeanie Bueller in "Ferris Bueller's Day Off" (1986), and she played herself on ABC's "It's Like, You Know…" (1999–2001) and Judy Meyers on Amazon Prime Video's "Red Oaks" (2014–2017). Jennifer has appeared in more than 40 film and television projects, and she performed on Broadway in "The Twilight of the Golds" in 1993. In 2010, Grey competed on "Dancing With the Stars," which she won with partner Derek Hough.

Jennifer Grey was born on March 26, 1960, in New York City. Her father is actor Joel Grey, who won a Tony and Academy Award for "Cabaret," and her mother is Jo Wilder, a former actress and singer. Jennifer has a brother, James, and she attended Manhattan's Dalton School. At Dalton, Grey studied acting and dance, and she formed a friendship with Tracy Pollan, who would go on to become an actress and marry Michael J. Fox. Jennifer graduated from high school in 1978, then she spent two years training at the Neighborhood Playhouse School of the Theatre. 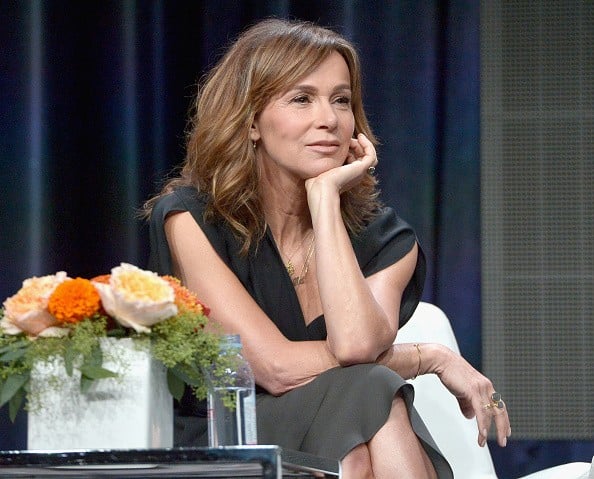 In the early '90s, Jennifer underwent rhinoplasty, then had to have a second rhinoplasty procedure to correct problems that were caused by the first procedure. The procedures resulted in a drastic change in Grey's appearance, and she said of the experience, "I went in the operating theatre a celebrity – and came out anonymous. It was like being in a witness protection program or being invisible. I remember going to a restaurant where I had been going for years. I ran into people I knew and would say, 'Hey.' Nothing. I'll always be this once-famous actress nobody recognizes… because of a nose job." In 1995, Jennifer appeared in the film "Lover's Knot" and the TV movie "The West Side Waltz," and she had a memorable guest role on the "Friends" episode "The One with the Evil Orthodontist" as Mindy, the former best friend of Jennifer Aniston's Rachel Green. Grey then appeared in the films "Portraits of a Killer" (1996) and "Red Meat" (1997) and the TV movies "Outrage" (1998) and "Since You've Been Gone" (1998), and from 1999 to 2001, she starred on the sitcom "It's Like, You Know…"

In 2000, Jennifer appeared in the Ben Affleck-Gwyneth Paltrow film "Bounce," followed by the 2002 horror comedy "Ritual," which was based on "Tales from the Crypt." In 2007, she had a recurring role as Daphne on HBO's "John from Cincinnati," and in 2008, she appeared in the films "Redbelt" and "Keith." Grey voiced various characters on the animated series "Phineas and Ferb" from 2008 to 2014, and she guest-starred on "House" (2010) and appeared in the TV movie "The Bling Ring" (2011). She starred on the series "Red Oaks" from 2014 to 2017, then she appeared in the films "Untogether" (2018) and "Bittersweet Symphony" (2019). Jennifer had a recurring role as Carol Dickinson on "Grey's Anatomy" in 2019, and she appeared in two episodes of the "Roseanne" spin-off "The Conners" in 2020. In August 2020, it was announced that Grey would be reprising the role of Frances "Baby" Houseman in a sequel to "Dirty Dancing," which she is also executive producing.

In 1987, Grey was a passenger in a car driven by then-boyfriend Matthew Broderick in Enniskillen, Northern Ireland, that was involved in a fatal accident. Jennifer suffered severe whiplash, and 63-year-old Margaret Doherty and 28-year-old Anna Gallagher were tragically killed when Broderick veered into the wrong lane. A few weeks later, "Dirty Dancing" was released, and Grey has said that she couldn't enjoy the success of the film because she felt so much survivor's guilt over the accident.

Jennifer has also dated Michael J. Fox, Johnny Depp, and George Stephanopoulos. She married actor Clark Gregg (best known for Marvel projects and the CBS sitcom "The New Adventures of Old Christine") on July 21, 2001. The couple welcomed daughter Stella on December 3, 2001, and Jennifer joined Clark in the "Love Means Never Having to Say You're Crazy" episode of "The New Adventures of Old Christine" in 2009. They also co-starred in the 2006 Lifetime movie "The Road to Christmas."

Grey and Gregg amicably separated in January 2020, and the divorce was finalized in February 2021. Before competing on "Dancing with the Stars," Jennifer had a physical exam and went to a doctor about chronic neck problems that were caused by the 1987 car accident. Since her spinal cord was compressed, a titanium plate was placed in her neck to help stabilize it. An MRI showed a white spot on her thyroid, which turned out to be cancerous and was removed. 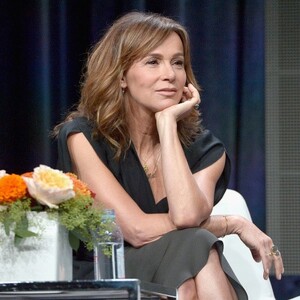