How much is Jennifer Esposito Worth?

Jennifer Esposito net worth: Jennifer Esposito is an American film and television actress who has a net worth of $6 million. Esposito earned her net worth by appearing in blockbusters including, I Know What You Did Last Summer, Summer of Sam and Crash. On the small screen, she appeared in popular TV sitcoms/series, Spin City, Samantha Who? and Blue Bloods. Her early acting role include NBC's legal drama, "Law and Order", in the mid-nineties. She was cast for the comedy sitcom, Spin City in the late nineties. At that time Esposito was no stranger to the big screen. She appeared in, I Know What You Did Last Summer (1998) and in Spike Lee's Summer of Sam (1999). She went on to appear in Wes Craven: Dracula (2000) and the award-winning film Crash (2004), starring Sandra Bullock and Matt Dillon. More recently, Esposito was in ABC's comedy, Samantha Who? and CBS's police drama, Blue Bloods. In 2008, Esposito was diagnosed with coeliac disease (intolerance to gluten foods) which affected her work pattern on Blue Bloods. Since her diagnosis, Esposito is making plans to open a gluten-free bakery. 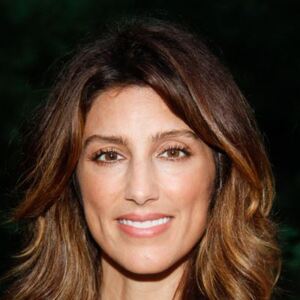