What is Jennifer Beals' Net Worth and Salary?

Jennifer Beals is an actress and former model who has a net worth of $8 million. Jennifer Beals had her breakthrough role in the 1983 film "Flashdance." Since then, she has appeared in such films as "Devil in a Blue Dress," "The Anniversary Party," "Roger Dodger," and "Before I Fall." Beals has also starred on many television series, including "The L Word," "The Chicago Code," "Proof," and "Taken."

Jennifer Beals was born on December 19, 1963 in Chicago, Illinois to elementary school teacher Jeanne and grocery store owner Alfred. Her mother is Irish-American, while her father, who passed away when she was nine, was African-American. Beals has two brothers named Bobby and Gregory. She attended Francis W. Parker School, where she worked on a production of "Fiddler on the Roof." After graduating, she participated in the Young People's Drama Workshop at the Goodman Theatre. Beals went on to attend Yale University, graduating with a BA in American literature in 1987.

Beals made her feature film debut in 1980 with a minor role in "My Bodyguard." She had her breakthrough role three years later, when she starred as aspiring professional dancer Alex Owens in "Flashdance." The film was a smash hit, becoming the third highest grossing of the year in the United States. For her performance, Beals earned a Golden Globe nomination for Best Actress in a Motion Picture – Comedy or Musical. Following this, she starred opposite Sting in the 1985 horror film "The Bride," loosely based on the 1935 classic "Bride of Frankenstein." Beals was next in the Italian comedy "The Gamble" and the boxing drama "Split Decisions." She closed out the 80s playing a vampire opposite Nicolas Cage in "Vampire's Kiss." In the early-to-mid 90s, Beals appeared in "Dr. M," "In the Soup," "Day of Atonement," "Caro diario," "Mrs. Parker and the Vicious Circle," and "The Search for One-eye Jimmy." In 1995, she starred opposite Denzel Washington in the neo-noir crime film "Devil in a Blue Dress," and also starred opposite Campbell Scott in the musical film "Let it Be Me." Beals' other notable credits in the 90s include "Four Rooms," "Wishful Thinking," "The Last Days of Disco," and "Something More."

Beals began the 2000s with a role in the direct-to-video action film "Militia." She was subsequently in "The Anniversary Party," "13 Moons," and "Roger Dodger." In 2003, Beals played a sequestered jury member in the legal thriller "Runaway Jury," based on the John Grisham novel. She then starred in "Catch That Kid," "Desolation Sound," "Troubled Waters," and the supernatural horror film sequel "The Grudge 2." Following a small part in "Queen to Play" in 2009, Beals reunited with her former costar Denzel Washington in the post-apocalyptic action film "The Book of Eli." Her later credits have included "Cinemanovels," "Manhattan Night," "Before I Fall," and "After." 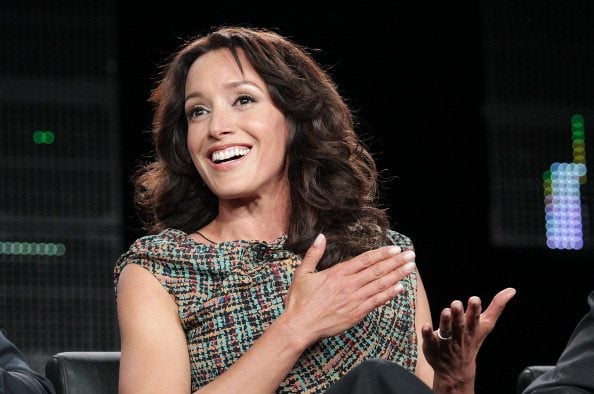 In 1985, Beals appeared on television for the first time in an episode of the fantasy anthology series "Faerie Tale Theatre," in which she played Cinderella. She didn't return to television until 1992, when she landed her first main role as attorney Perry Quinn on the primetime soap opera "2000 Malibu Road." Later in the decade, Beals appeared in an episode of "The Outer Limits," and had a recurring role on the ABC drama "Nothing Sacred." She was also in an episode of the horror anthology series "The Hunger." Beals' other credits in the 90s include a number of television films, such as "The Madonna and the Dragon," "Night Owl," "The Twilight of the Golds," and "Body and Soul."

Beals continued to appear in television films in the early 2000s, including "A House Divided," "After the Storm," and "Without Malice." In 2004, she appeared in the final episode of the sitcom "Frasier." The same year, she landed her biggest role yet on the Showtime series "The L Word," playing Ivy League-educated lesbian Bette Porter. Considered a groundbreaking series for LGBTQ representation, it ran for six seasons through 2009. Following this, Beals had a recurring role in the first two seasons of the crime series "Lie to Me." She subsequently had a main role as Chicago police superintendent Teresa Colvin on the short-lived Fox series "The Chicago Code." From 2012 to 2013, Beals played the recurring role of Celeste LaPree on "The Mob Doctor." Since then, she has appeared in numerous other recurring and main roles. Credits include the medical drama "The Night Shift"; the Amazon series "The Last Tycoon"; the supernatural drama "Proof"; the action thriller "Taken"; and the superhero horror series "Swamp Thing." Additionally, in 2019, Beals began reprising her role as Bette Porter on the sequel series "The L Word: Generation Q."

While she was a student at Yale, Beals was in a relationship with Robert Simonds, who later became a successful film producer and studio executive. In 1986, she wed her first husband, filmmaker Alexandre Rockwell. The pair eventually divorced a decade later. Subsequently, in 1998, Beals married Canadian entrepreneur Ken Dixon. Together, they have a daughter, as well as two children from Dixon's previous marriage.

Beals considers herself a spiritual person, and is a practicing Buddhist. She also practices the sports of sanshou, kung fu, and kickboxing, and has competed in triathlons. In terms of activism, she is a vocal advocate for LGBTQ rights, and received the Ally For Equality Award from the Human Rights Campaign in 2012. 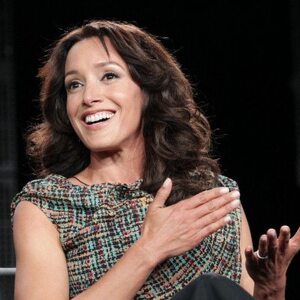