Jennifer Bassey net worth: Jennifer Bassey is an American actress who has a net worth of $3 million. Jennifer Bassey was born in Chicago, Illinois in July 1942. She graduated form the Royal Academy of Dramatic Art in London and then moved back to the US to work in Off-Broadway plays.

Her best known role came starring as Marian in the soap opera All My Children from 1983 to 2011. Bassey has also had recurring roles in the TV series Falcon Crest in 1989, L.A. Law from 1987 to 1993, and Grey's Anatomy in 2013. She has starred in the movies Waxwork, The Platinum Triangle, The Bonfire of the Vanities, Twogether, Illicit Dreams, Dunston Checks In, It Had to Be You, 27 Dresses, and The Brothers Sinclair. Bassey has also appeared in episodes of the TV series In the Heat of the Night, Who's the Boss?, Murphy Brown, Jake and the Fatman, Matlock, Coach, Silk Stalkings, Law & Order, 30 Rock, and Body of Proof. Bassey has won two Soap Opera Digest Awards for All My Children and she was nominated for a Daytime Emmy Award in 1999 for Outstanding Supporting Actress in a Drama Series. 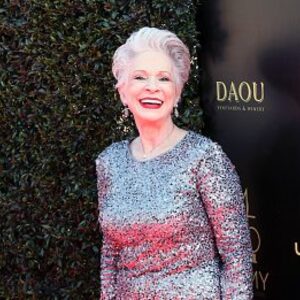