Being born in Jamaica and raised in Petionville, Haiti, Jenna moved to the United States with her family in 1989. She acquired her higher education at the SUNY-Binghamton University, where she earned Bachelor of Arts degrees in French and English. Wolfe started her on-air career back in 1996 as a news and sports reporter for WICZ, the FOX affiliate in Binghamton, NY. After two years reporting news for WICZ, Jenna became a weekend sports anchor for WUHF in Rochester, before joining WPHL in 1999. At the WB affiliate, Jenna served as the first female sportscaster on a local broadcast television news program in Philadelphia. In this period, she also joined the Today Show, where she served as a summer intern at the program during college, for the second time in her career. From 2002 to 2004, Wolfe hosted the network's flagship "MSG SportsDesk" for MSG Network, where she was both a reporter and an anchor. Then from 2004 to 2007, she worked for WABC's Eyewitness News in New York City, where she was the weekend morning sports anchor. At WABC, she also had a special segment called "Jenna's Beef," in which she editorialized the most notable world sports event of the week. Apart from her journalistic duties, she has also been a judge on Food Network's Iron Chef America. As for her personal life, Jenna lives in Manhattan, and she is single. 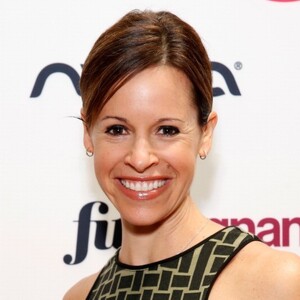