Jenna von Oy is an American actress and country music singer, who has a net worth of $2 million. Jenna von Oy has earned her net worth from her roles as fast talking "Six LeMeure" on Blossom, a sitcom which aired on the NBC Network from 1991 to 1995, and as "Stevie Van Lowe" on the UPN sitcom The Parkers.

Jenna was born on May 2, 1977, in Stanford, Connecticut, where she attended Newtown High School. As a child she starred in regional stage productions and commercials. Her television acting debut came about in 1986 on an episode of the ABC Weekend Special. Later she had guest appearances on Tales from the Darkside and Kate & Allie. She co-starred on the CBS sitcom Lenny. She attended the University of Southern California for two years and then left to pursue her acting career. She was also the voice of Trinket St. Blaire in animated series Pepper Ann, in 2005 she starred in the television film Marsha Potter Gets a Life, and also in 2005 made a guest appearance on an episode of Cold Case. Some of her film credits include the feature film Born on the Fourth of July in 1989. Jenna provided the voice of "Stacey" in A Goofy Movie in 1995 and the voice of "Gracie" in the direct-to-DVD movie Dr. Dolittle 3 in 2006. In her attempt to launch a country music singing career she released a demo compact disc in June of 2000, later she released her debut album Breathing Room on September 18, 2007. In July of 2014, Jenna appeared on the hit ABC reality television series, Celebrity Wife Swap, where she traded lives with former Real Housewives of New York City cast member, Jill Zarin. She has been married to computer data consultant Brad Brarcher since October 19, 2010.

They have one daughter, Gray Audrey Bratcher, and are expecting a second daughter in November 2014. 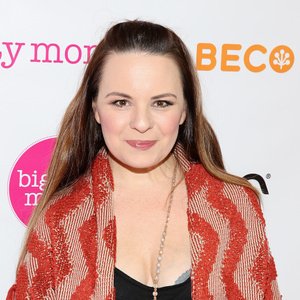